A 1966 World Cup programme and ticket stubs for the semi-final and final have been found in a bag of shoes donated to a charity shop, the manager has said.
They were given to Bath's Help Us Give Support (HUGS) shop which raises funds for the city's hospital.
Displayed in the window, the charity said it had already had a bid of £200.
Shop manager Deborah Douglas, said: "We're finishing the auction at 4pm on Saturday because if England don't win tomorrow it would not be so great."
England, who hosted the 1966 tournament, beat West Germany 4-2 after extra-time in the final at Wembley Stadium to record their only major honour to date.

Ms Douglas said she found the sporting memorabilia in a bag mixed in with "some old shoes and bits and bobs".
"The programme is not in great condition and one of the stubs has writing on it," she said.
"But I've never seen tickets like this before and I don't know who donated them."

Ahead of Sunday's Euro 2020 final between England and Italy, Ms Douglas said they decided to put them in the shop window for "a bit of fun" and to see what happened.
"I had someone ring up with a bid of £200 yesterday morning which was exciting," she said.
"And things have started to hot up with another enthusiastic bidder.
"But it's not something that you usually get, so I think that's why it might kick off."
The auction is due to end at 16:00 BST on Saturday. 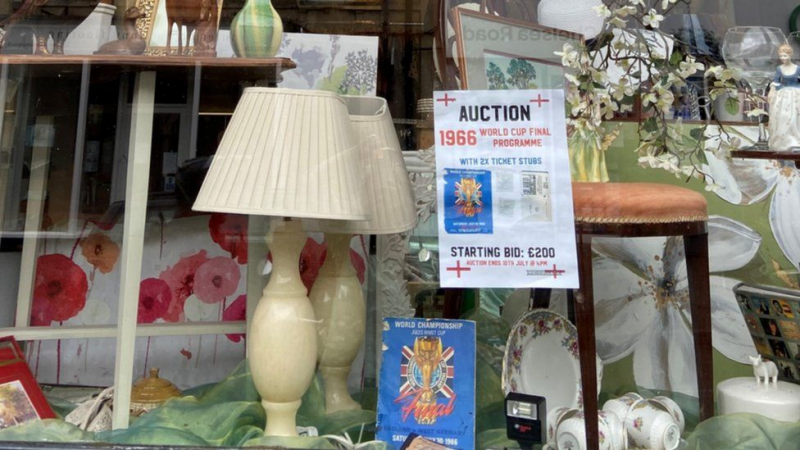 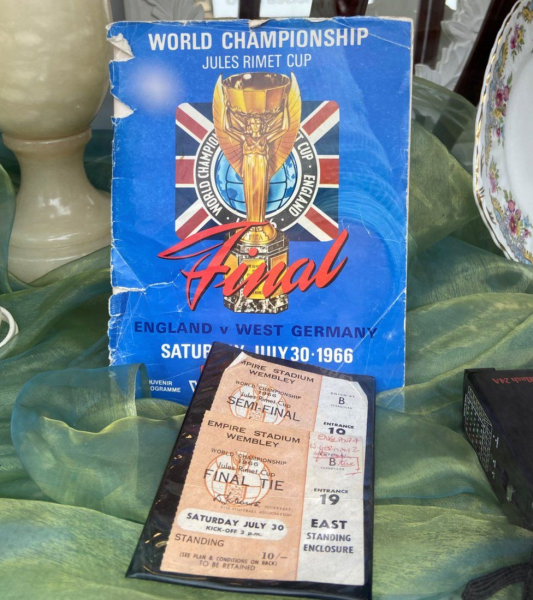