A stray lurcher in Bath has been named Britain’s most unwanted dog after spending four years in a rescue home.

Sue was rescued in the city in 2017 and has been living at the RSPCA’s Bath Cats and Dogs Home ever since.

During that time, 941 of her fellow kennel-mates have been adopted and found new homes.

After recently marking her fourth year at the home, staff have renewed their appeal to find Sue a family.

‘We’re desperate to find her a home’

Chief Executive of Bath Cats and Dogs Home Rachel Jones said: “We’re at a loss as to why poor Sue hasn’t been rehomed.

“We all absolutely adore her and love taking her out for long walks and giving her lots of attention but we’re desperate to find her her own home.

Research by the charity has shown brindle-coated dogs, like Sue, often take longer to rehome.

She was briefly rehomed in 2018 but was returned to the charity after her new owner’s circumstances suddenly changed.

Staff said Sue needs an experienced owner who will be confident taking her muzzle on and off.

She is described as having “challenging behaviours”, which staff have been working on with her.

Any potential new owner will need to continue this training with her at home.

Rachel added: “Sue is a sweet and clever pup who can get a little overexcited at times so would benefit from owners who can continue her training.

“She walks nicely on the lead and would like an active home where she can enjoy going out for regular, long walks.

“She is very affectionate and loves to curl up on the sofa with you as well as get involved in a good game with her toys.”

To find out more about Sue, email [email protected]. 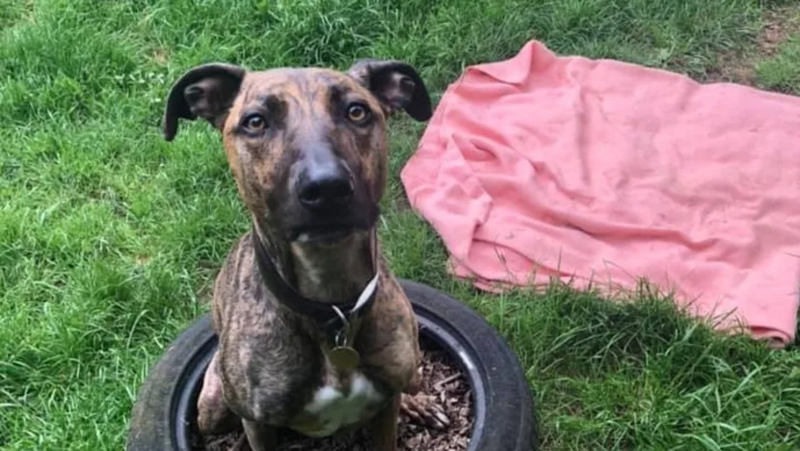 I do hope she finds a forever home soon. We used to do the grounds maintenance at Margaret Green Animal Rescue near Bere Regis and it was heart breaking to see all those dogs stuck in kennels.

We did end up with 2 of them though.

I think part of the problem is a misconception that lurchers need lots more exercise than any other dog and a big home as they are a big dog, this is not true -

How much exercise do they require?
Lurchers, like all dogs, require at least two walks per day, but their exercise needs are not among the highest of all dogs. Providing that they can stretch their legs and run around as well as being walked on the lead, half an hour twice per day is sufficient for most lurchers, and once they return home, they are likely to be tired out and want to sleep on the sofa to recover!

The lurcher is usually quiet and almost lazy, and they do not tend to be destructive or particularly difficult to house. They are calm, kind and affectionate, and very quiet as a general rule.

Man dies after attack by seized dog in Huddersfield
2