Had one of those last weekend. All in one night. Sunday was interesting.

Might be worth a trip to the next town where they have a Lidl.

Chippy_Tea said:
Might be worth a trip to the next town where they have a Lidl.
Click to expand...

Used to be one in Barrow, shame they didn't put one on that new estate in Ulverston, I wouldn't know where the nearest one is in south Cumbria

They were even better when they were 7.99

Whereabouts in the country are you Vic? No sign of them in my local Lidl's leaflet...

Linalmeemow said:
Whereabouts in the country are you Vic? No sign of them in my local Lidl's leaflet...
Click to expand...

I'm in Southampton ... just saw them by chance as I was getting fruit&veg (and a bottle of Ben Brachan Single Malt .. £17.39 offer - Fathers Day treat )

I had not seen any mention of them in the weekly email newsletter ; I haven't loooked in the brochure. Might be worth dropping in to your local anyway on the off chance.

Now you're just trying to make me jealous.

Gulden Draak (original) is one of my absolute favourites, and not cheap. Need to find a good clone recipe. That box looks like a steal!

Never seem to get these in Northern Ireland though Lidl here have a couple of nice hoppy American ones on the go.
Twisted Knots IPA is really nice

Below is a search for stores within 100 km of Manchester, we have non up here but according to our local paper they are looking at our town and Barrow.


A SUPERMARKET has revealed two Furness towns are among locations it wants to open stores.

Barrow and Ulverston were named among the possible sites Lidl is looking to open new branches in.

The German-owned retailer has rapidly expanded its number of branches in recent years, and the company shows no signs of slowing down in the coming months and years.
According to details published on Lidl’s website, bosses at the supermarket say they are looking to ‘double their portfolio’, with for freehold, leasehold or long leasehold opportunities sought in a large number of places nationwide.

A SUPERMARKET has revealed two Furness towns are among locations it wants to open stores. 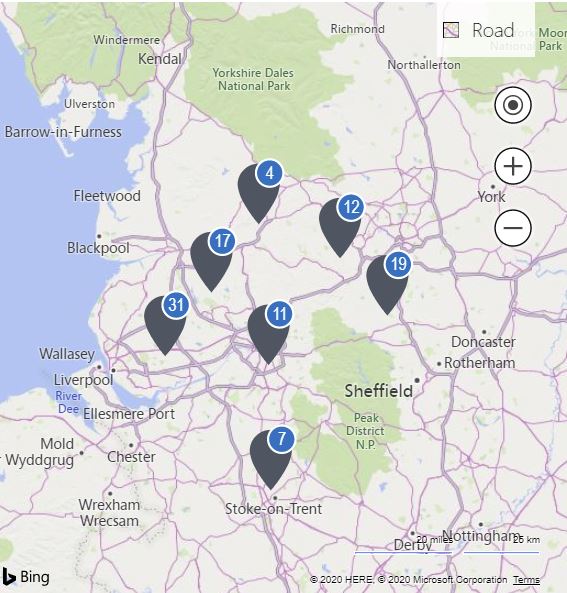 I can confirm Tamworth Lidl was a whole world of disappointment.