Black IPA attempt, back after 3 years out. Help/Opinion please.

Hey guys,
Just starting out with brewing (I’ve done around 10 all grain batches in the past but trying to get back into it now and you’ll see the mistakes that I've made with this one as you read) - I decided to make my own Black IPA recipe (bold I know with having quite a long time out, but I like a challenge

) I put it together using the BrewFather app, so I could get the ABV%, colour and bitterness within the ranges for that style.

My current kit is a GrainFather (old model - 30L), GrainFather Conical Fermenter and a sparge water heater. The recipe (as you see below) was completely over-exaggerated by myself and looking back I should have done more research into quantities before I went gung-ho and just carried on. Here is the initial recipe; 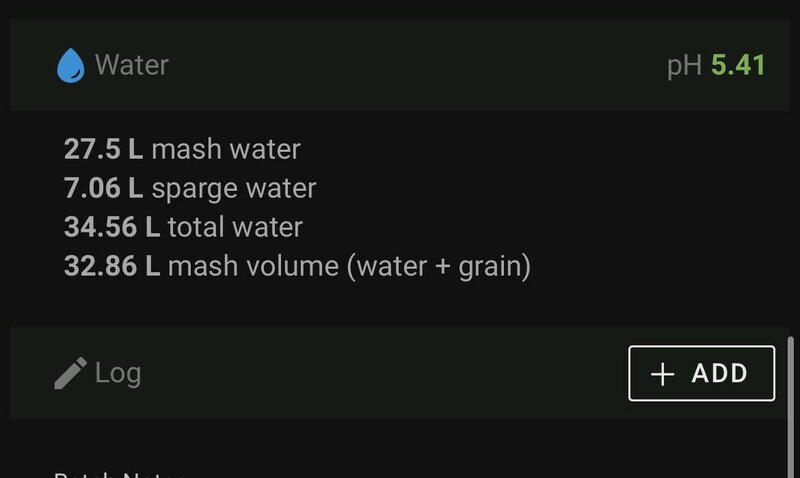 The main thing I over-looked was the amount of Mash water it needed, 27.5 litres. And in my 30L boiler - I only noticed my mistake when I has already put the 3.5kg of Maris Otter in the boiler. Anyway I carried on and dropped the amounts down to this new altered recipe.

So now I’ve panicked abit and completely forgot to put my false bottom on top of the grain and recirculate the mash.

Boiled it for 60 mins with 75g of Chinook, adding a protofloc tablet 15 mins from the end.

I cooled using the counter-flow chiller to around 23c and transferred to my fermenter. Straight away I noticed the wort was very heavy and gritty, I have a hang-on-the-side hop strainer to help prevent the hops clogging up the filter, so I ran the wort through that, and I found myself having to empty the strainer 2-3 times because it was getting clogged with the stuff in the wort.

My first thought was this was because of my mash being very poor, and not recirculated through…I’d like to know if I’m wrong on that please guys.

Also now it’s in the fermenter - I made another huge error, I used WhiteLabs 001 yeast, i pitched at 21c, and forgot to clamp the lid down, 24hrs later I walked into the garage and didn’t hear the airlock bubbling so I was all but ready to drain poor the lot and realised i could smell the fermentation. Realised my mistake and clamped the lid, 20 seconds later the airlock is going like a train.
Question; because it wasn’t airtight completely is this batch ruined due to being exposed to air?

Final thing; despite trying to catch and filter out all of the fine pulp/grit (don’t know what to call it) I’ve taken a sample and couldn’t get an accurate SG, because of the thickness of the wort.
Question(s);
1)Will this settle itself out and drop down to the bottom so I can draw off some clear beer?
And 2) If it probably won’t because I’ve monumentally screwed this up, is there anything I can do to get it to drop?

Wow! That's a go big or go home type recipe!
As for the lid, nothing wrong with not having an airtight container. I haven't even used an airlock for the past 50 brews (wedge of cotton to stop bugs crawling in is all I use). Heard of Yorkshire squares? Open vat fermentation in the most traditional way.

Don't worry about the gritty messy stuff in your fermenter. It's probably just hot break / protein from the boil. It will settle over the next 3 weeks whilst your brew ferments. Gravity will sort it out.
C

Thanks for the reply Nicks, and yeah I got abit carried away without fully knowing how it will turn out. I wanted a nice backbone to be able to keep the hops popping.
Never heard of Yorkshire Squares - i’ll check it out.
You say 3 weeks, im looking to bottle this in two weeks. Would you wait longer?

I would definitely wait longer. That's a BIG beer at 9% and a lot for the yeast to deal with.
There will be a bit of a job for a single pack of yeast to munch through cleanly and it will probably do it no harm to leave another week to allow it to clean up after itself and settle properly.
C

Thanks Nicks, although the beer is now somewhat less than the original 7.7% planned, due to me having to lower the grain bill but already having 27.5 litres mash water in the kettle

d’oh!
Im due to travel to South Africa a week on Friday for just over a week, that would take the total time in the fermenter to 3 weeks 4 days without being able to add any hops until i got back. Ive heard people leaving brews for 4 weeks before now. As long as its air tight it should be fine right?

1st AG with a Brewzilla

I brewed 2 all grain beers in 5 hours