(X being how long it takes to vaccinate everyone, Y being the length the antibodies last)

If X>Y then we just have to learn to live with it.

Covrich said:
From how I understand you can achieve herd immunity by vaccination.

Unless I am mistaken I do not think even Pro herd immunity thinkers do not think lets send lambs to the slaughter.

However if immunity wanes then it casts doubt over vaccination for a longer term solution and it may just be we have to find a way to slowly carry on normal life now.

I hope I am wrong , I have always thought the hope for a silver bullet to come and put and end to it was a bit optimistic.
Click to expand...

Herd immunity can be either naturally acquired or by vaccine.

Virologists seem to think covid will be a part of life from now on, but a mixture of naturally acquired immunity, vaccination programmes and better treatment will make covid be no worse than flu in the future.

Also folks, this is just one study, so things might not be so clear cut.

The term we as a race are our own worst enemy is now biting us on the a**e, my life has changed a little since this began being able to adapt has helped + being retired helps i can still do all i want i have been on holiday days out shopping, things i dont do is go the pub eat out and keep away from busy places, i fully understand peoples needs and worries vary i feel for my kids and their lives going forward, what really gets me is how selfish some people are if only they could see we could all live a good life with a little change, and i fear those changes are not far off the way things are going

Covrich said:
So if a vaccine to achieve herd immunity is not a viable method what is?

Going back to the piece on the radio the expert explained a vaccine will offer a higher level of immunity than any natural immunity from contracting the virus so will last longer. They think the vaccine will need to be like the present flu jab where it given annually.

trueblue said:
Going back to the piece on the radio the expert explained a vaccine will offer a higher level of immunity than any natural immunity from contracting the virus so will last longer. They think the vaccine will need to be like the present flu jab where it given annually.
Click to expand...

This is exactly what I posted back in teh early summer my ex said this , shes no virologist but shes a band 7 sister..

She always thought it will be part of life and an annual jab.

She however also was an advocate for keeping children at school and thinks that to some extent they need to within some controlled parameters need to nuild immunity and that staying locked indoors all summer was a bad idea as we transmit things through non flu season and build immunity that way for the following year.

Aren't there other parts of our body that can fight the virus as well as the immune system? Also our immune system as a memory so can remember how to react to the virus if caught again.

Leon103 said:
Aren't there other parts of our body that can fight the virus as well as the immune system? Also our immune system as a memory so can remember how to react to the virus if caught again.
Click to expand...

Glad you bring this up.
The antibodies tested are produced only by end-of-a-chain stimulated B-cell lymphocytes, called 'plasma cells'.

As well as direct action cells there are 'memory' parts of the body, as you mention, and these are called 'Memory cells' which are also part of the adaptive immune system, which involves many white blood, lymph node and the spleen cells lines of the T-lymphocyte series like helper and suppressor cells (T4 and T8), Natural Killer cells and monocyte cell lines. These are only some of those identified and this list is extensive and increasing all the time.
All these latter types are not detectable by simple antibody tests, and are the sort that help mount attacks on subsequent same-virus infections.
These are the ones we rely on with vaccination programmes as they are involved in the memory part of the immune response.
So the reducing population antibody study result is not to be confused with any vaccination effectiveness.
It has been mentioned here before, but I think it is worth highlighting that vaccinations are designed to provide a wider specificity and longer lasting immunity than a single infection by Covid or any other virus does, and this is somewhat similar to, and is confirmed by the Health Care workers having a stronger and longer lasting antibody test result due to multiple exposure, than the general population. Those that survived, that is.
Many health workers have died due to this repeated exposure, as did transport workers, amongst others.

Makes me glad I reached retirement age before Covid appeared!
(I did work through MERS, SARS and Ebola, and the London Underground and Bus bombings, though.)

I worry lockdown Mk II will permanently shaft the economy. I hope I'm wrong, but I fear the worst. I assume all the lockdown evangelists have found a magic unicorn to fund their jobs and households in the future, because I don't see the public purse having a penny to spare outside of very basic social security and minimalistic healthcare. God help us all.

The PM will meet his cabinet later as he considers a month-long lockdown across England - in the hope that measures could be eased by Christmas.

A new "stay at home" order could be announced on Monday, with schools, colleges and universities exempt.

Documents seen by the BBC suggest the UK is on course for a much higher death toll than during the first wave unless further restrictions are introduced.

Deaths could reach more than 4,000 a day, one of the models suggests.

This figure is based on no policies being brought in to slow the spread of the disease, but most of the models peak at about 2,000 a day.

At the height of the pandemic during the spring, deaths in the UK reached more than 1,000 a day.

Infection rates are currently soaring across much of Europe, prompting new forms of lockdown in Belgium, France and Germany.

The papers, understood to be part of a presentation by the government's pandemic modelling group SPI-M shown to Boris Johnson, feature several different projections of the likely course of the disease.

All models predict that hospitalisations are likely to peak in mid-December, with deaths rising until at least late December before falling from early January.

And a separate document circulating in government - based on NHS England modelling from 28 October - warns that the NHS would be unable to accept any more patients by Christmas, even if the Nightingale hospitals are used and non-urgent procedures cancelled.

The document warns that south-west England and the Midlands will be the first to run out of capacity, potentially within a fortnight. 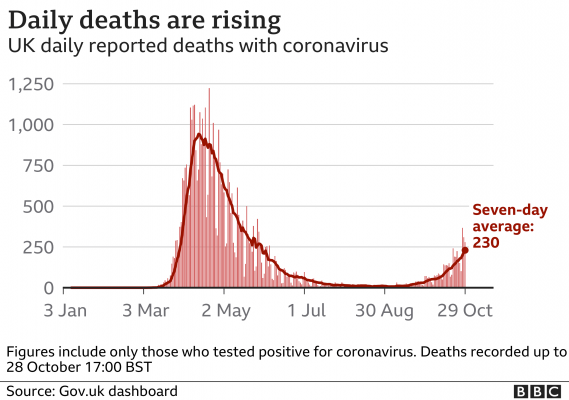 I don't think they have much choice. But this could be avoided if the time bought with first lock down have been used better, serco test and trace is not working as intended, lots of money wasted on PPE equipment that wasn't up to the standard needed. It feels like only winners are those companies that have been awarded contracts.
Lets hope this lock down will be used in a better way - as it just buys time.

the_quick said:
Lets hope this lock down will be used in a better way - as it just buys time.
Click to expand...

And that is what is needed its not going away and until a vaccine is available its damage limitation unfortunately some people think the rules are not aimed at them and they can ignore them.

For those unaware, this COVID Symptom Study - Help slow the spread of COVID-19 run by Kings College London is well worth getting involved with. Both me and my wife have been reporting our symptoms daily for a while now, even managed to get a home testing kit for us when one of us reported symptoms, thankfully came back negative.

This is their latest interesting summary of what they’re finding from the 1 million people who are reporting daily: 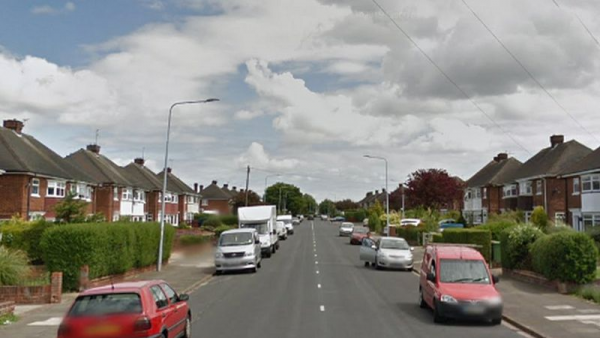 Police have broken up an illegal house party with more than 40 people in attendance.

A householder was served with a penalty notice after the party in Davenport Drive, Cleethorpes, early on Saturday, Humberside Police said.

Ch Insp Paul French said it "was a reckless breach of Covid-19 regulations."

The party was "not only illegal, but increases the risk of infecting so many other people", he added.

The fixed penalty notice handed out for breaches potentially "could lead to a £10,000 fine", he added.

Under these rules, households are no longer be able to mix indoors in any setting, in homes or elsewhere

A householder is issued with a penalty notice over the party, attended by more than 40 people.
www.bbc.co.uk 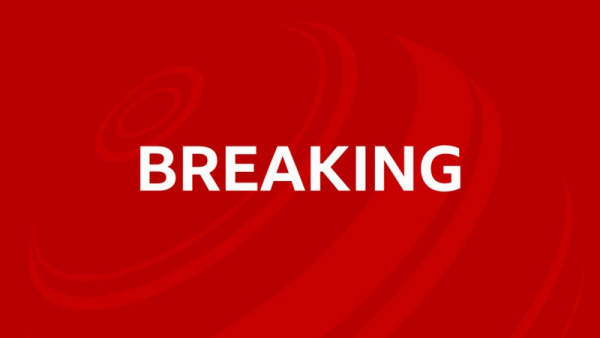 England will go into a second national lockdown for a month, Prime Minister Boris Johnson is set to announce.

Non-essential shops and hospitality will have to close, sources told the BBC.

But unlike the restriction in the spring, schools and colleges are to be allowed to stay open.

It comes as documents suggested the UK was on course for a much higher death toll than during the first wave.

The prime minister is due to lead a news conference at 17:00 GMT after holding a cabinet meeting to discuss the coronavirus response earlier.

He is set to be joined by England's chief medical officer Chris Whitty and the government's chief scientific adviser Sir Patrick Vallance for the briefing.

This breaking news story is being updated and more details will be published shortly. Please refresh the page for the fullest version.

You can receive Breaking News on a smartphone or tablet via the BBC News App. You can also follow @BBCBreaking on Twitter to get the latest alerts.

Chippy_Tea said:
But unlike the restriction in the spring, schools and colleges are to be allowed to stay open.
Click to expand...

No lockdown is going to work with these places still open. It’s like closing all the windows to keep the heat in but leaving your back door wide open!

Markk said:
No lockdown is going to work with these places still open. It’s like closing all the windows to keep the heat in but leaving your back door wide open!
Click to expand...

I don't get why keeping people off school/college for a few weeks is such a big deal there are many ways they can keep learning they don't all need to be in a classroom with a teacher.
You must log in or register to reply here.
Share:
Facebook Twitter Reddit Pinterest Tumblr WhatsApp Email Link