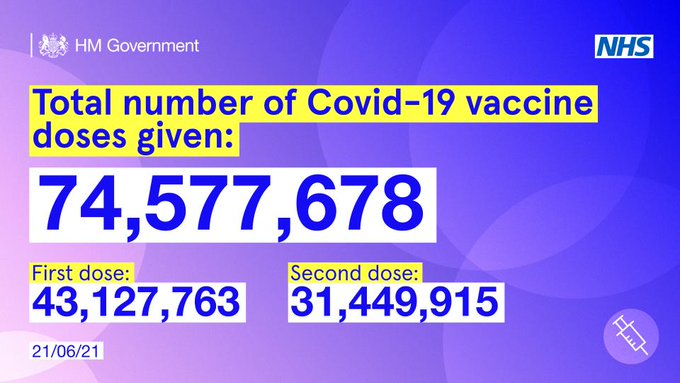 Benfleet Brewery said:
Scottish midfielder Billy Gilmour has tested positive for COVID 19 but the Scottish FA have said that there are no close contacts identified from inside the camp so they have 25 players fit to face Croatia this evening

But apparently he got close enough to his Chelsea teammates on the England team that Ben Chilwell and Mason Mount need to self-isolate. A cunning scheme by Scotland?!!?!


Rodcx500z said:
Some of the pics i saw on the news show very close contact and how many times did he and other players handle the ball, were we all told to sanitize after handling things, nothing stacks up here
Click to expand...

You're a year out of date on the touching thing, it's now known to be a pretty rare source of infection. The virus is airborne, the risk comes from confined spaces, close contact and crowds.

Yes there's a lot of money at stake - but you're missing the fact that they're getting PCR tested at least once before every match, and probably much more often than that - I know that those in "the bubble" at last year's Test matches were getting a lateral-flow before each day's play, and a PCR test in the evening. So they'll get caught at an early stage before they've got enough of a viral load to be a serious threat of spreading it.

Very nice. I'm about 8 miles north of Weymouth. Let me know if you want any recommendations of places to go (or avoid!).

Oneflewover said:
Which part of Dorset are you coming down to? I'm lucky enough to live here.
Click to expand...

Oneflewover said:
Very nice. I'm about 8 miles north of Weymouth. Let me know if you want any recommendations of places to go (or avoid!).
Click to expand...

Will do and cheers, i believe we are not to far from Durdles door

There may be trouble ahead - 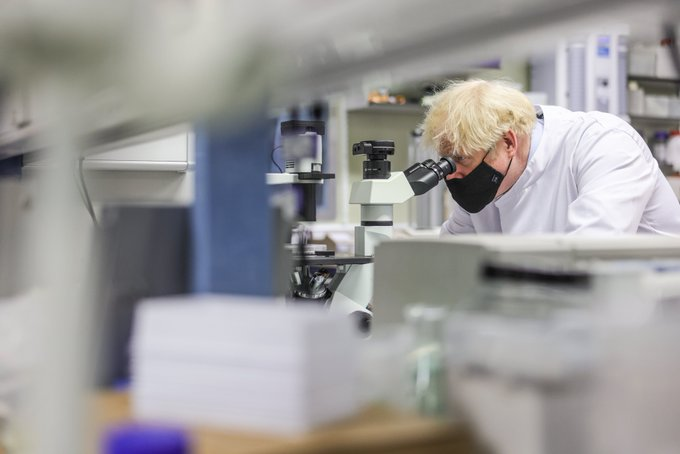 Today Prime Minister
@BorisJohnson
visited the
@MHRAgovuk
, which plays a leading global role in ensuring the safety and quality of potential medicines and vaccines. We’re building on the best of UK science throughout the pandemic to cement our position as a science superpower.
Last edited: Jun 21, 2021

Is he watching Hancocks half hour, sorry chippy i can't help it

Its a modern version of - 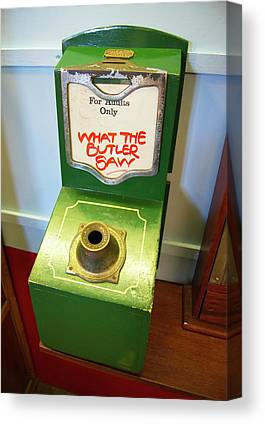 Out on the marshes, wailing at the moon.

Had second jab today. My 5G reception still hasn't improved. It's a disgrace.

Three police officers have been injured and 14 people arrested during an anti-lockdown protest in central London.

The Met Police said protesters were becoming "obstructive and hostile" towards officers during the demonstration in Westminster earlier.
The force said people were arrested for offences including assaulting an emergency service worker, public order offences and obstructing the highway.
It said the police officers had not been seriously injured.
The protest comes on the earliest day it had been planned for Covid-19 restrictions to be further eased in England, however the government has delayed this date by up to four weeks amid concern over the Delta variant.

The Met said: "Throughout the day, officers worked hard to minimise disruption to the Westminster community and to keep traffic and public transport moving.
"Despite this, several people within the demonstration obstructed the roads or became hostile towards police officers.
"The policing operation will continue into the evening, with a number of officers on patrol throughout Westminster.
"Those who continue to gather are urged to comply with government regulations to prevent further spread of coronavirus." 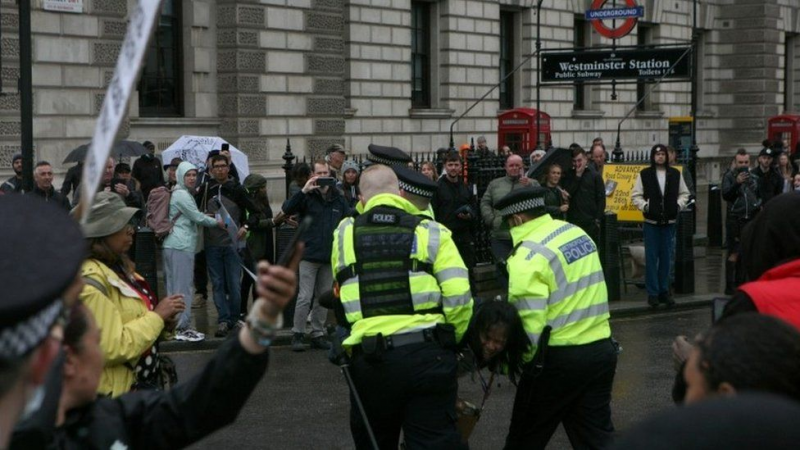 Chippy_Tea said:
Its a modern version of -

That was my second thought 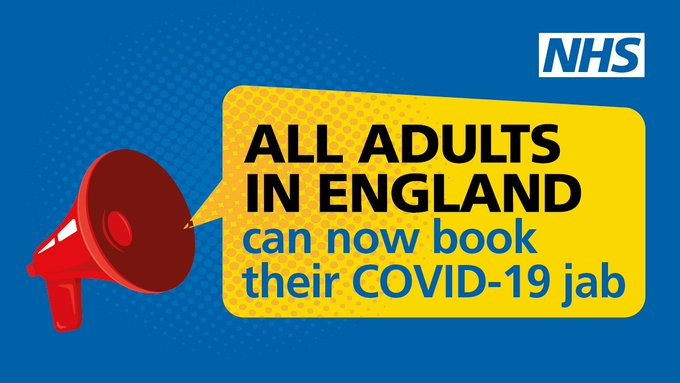 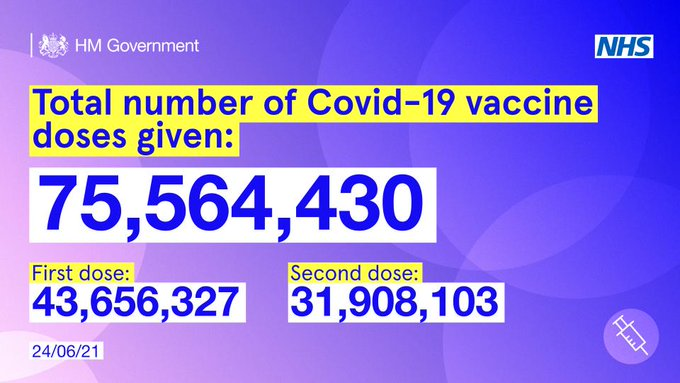 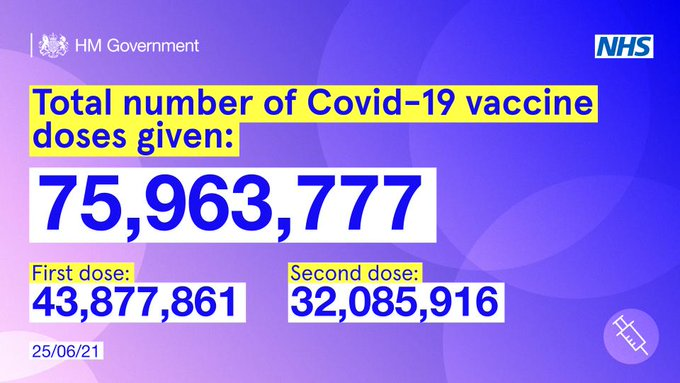 apart from matt hanCOCK who's been jabbing enough recently. 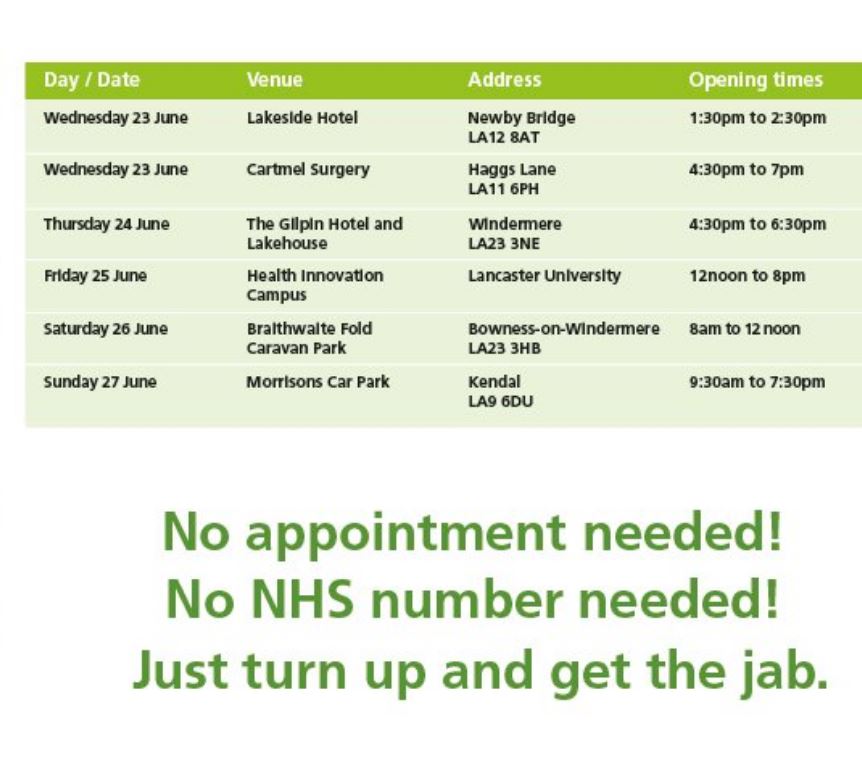