Our local MP - stabbed about 5 mins from where we live. Shocking. He seems to be well liked locally.

One man arrested and they are not looking for anyone else, it'll be interesting to hear why this person did this.

Chippy_Tea said:
One man arrested and they are not looking for anyone else, it'll be interesting to hear why this person did this.
Click to expand...

The problem in these times is that it could be one of a dozen issues. Or none at all.

It is dark day again. Shame on the idiot criminal murderer, may he die in prison.

RIP to a gentleman who represented his constituency fully through out his career.
Last edited: Oct 23, 2021

I have much dissatisfaction with MPs in general.
But to murder a man (or woman,) in this manner is horific.
God only knows what his family are going through tonight.

Personally i think this will turn out to be another case of someone denied a decent life,
But this does not excuse killing.

He got his wish. 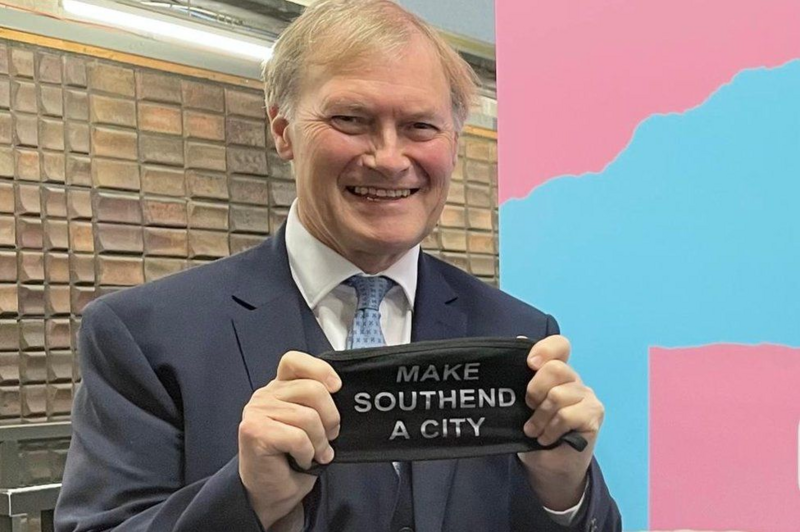 Prime Minister Boris Johnson has announced the Queen has agreed Southend will be granted city status following the killing of MP Sir David Amess.
Sir David was stabbed to death at Belfairs Methodist Church on Friday.
He regularly championed Southend's case to be a city during his time in Parliament.
Mr Johnson told the House of Commons he was "happy" to announce Southend "will be accorded the city status it so clearly deserves".
The prime minister said: "That Sir David spent almost 40 years in this House, but not one day in ministerial office, tells everything about where his priorities lay."

He added Sir David "never once witnessed any achievement by any resident of Southend that could not somehow be cited in his bid to secure status for that distinguished town".
Labour leader Sir Keir Starmer told Parliament he was "so pleased" by the announcement.
Sir Keir said the news was "a fitting tribute to Sir David's hard work".
Sir David, who championed Southend's bid for city status as part of The Queen's Platinum Jubilee celebrations in 2022, was described by Home Secretary Priti Patel as "Mr Southend" following his death.

The news has also been welcomed in his constituency.
Leader of Southend-on-Sea Borough Council, Ian Gilbert, said he felt a "mixture of emotions" after hearing the news.
He said it was "clearly what Sir David would have wanted".
"While I don't want it to have come in these circumstances, I'm still pleased and proud that it is happening," he added.
Labour councillor for Kursaal ward in Southend, Matt Dent, said: "Everyone who knew Sir David knew how passionate he was about Southend getting city status.
"It was something he worked into every conversation. It's such a shame he is not here to see it."
Chelmsford MP Vicky Ford and Southend United FC both tweeted that it was a "fitting" tribute to Sir David.
Downing Street said the award of city status to Southend was a "very rare honour".
"This was an exceptional circumstance," the prime minister's official spokesman said.
"It is a very rare honour which Sir David campaigned passionately for.
"He was a tireless champion of Southend, celebrating its achievements, the work of its residents and its thriving local businesses and diversity."
You must log in or register to reply here.
Share:
Facebook Twitter Reddit Pinterest Tumblr WhatsApp Email Link