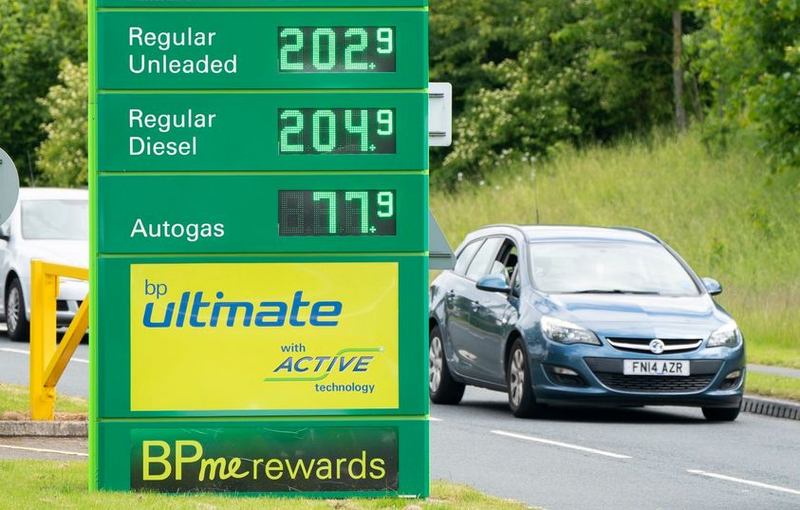 I wonder if the BP me rewards are free smelling salts 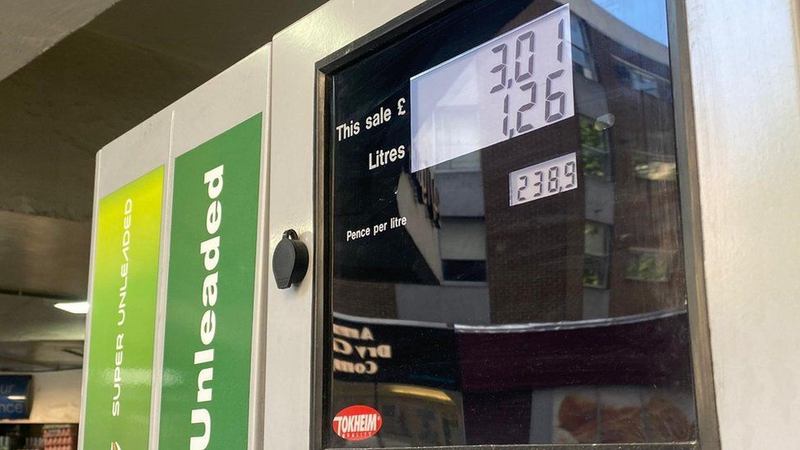 Last time the prices went ridiculously high it was suggested we should all boycotting one fuel station country wide forcing them to lower the price if it could be organised it would force the others to do the same. 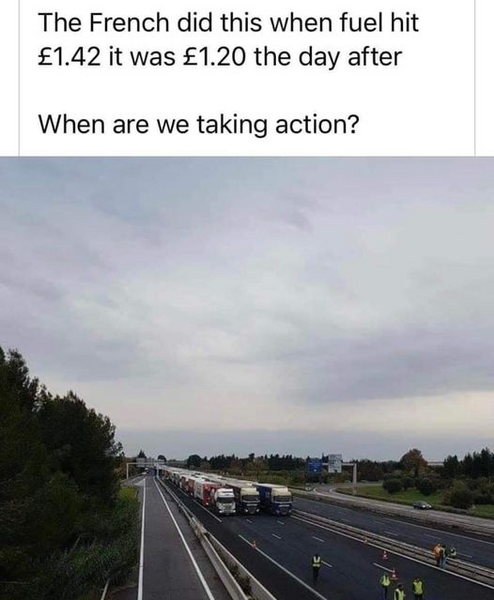 If enough people were to cut back their driving a lot prices would go down.

MrRook said:
If enough people were to cut back their driving a lot prices would go down.
Click to expand...

The problem in rural areas is public transport is all but useless when it comes to commuting, those lucky enough to have the choice often find trains are cancelled or late so if you have a boss that is very strict on timekeeping (even when its not your fault you are late) you have to use your car or risk getting warning and eventually the sack.


Rising petrol prices have led to an increase in fuel thefts from petrol station forecourts, according to new figures from industry experts.

Forecourt Eye, which works with 1,000 garages in the UK, said there was a 39% increase in non-payments since January.

These included motorists driving off without paying or claiming to have forgotten their wallet.

Nick Fisher, CEO of the digital debt recovery company that traces and track non-payers, said: "This is not a good thing for anyone as more theft is going on."

He said forecourt theft had been rising month on month since Christmas, with a 19.5% spike in January and February, which he linked to the rising cost of fuel.

The soaring price of fuel is down to supply issues caused by the Russian invasion of Ukraine, and a weak exchange rate between the US dollar and the UK's sterling.

Mr Fisher said: "At the moment, we're seeing a spike of people claiming to forget their wallets. Some people are trying to get away with it.

"Then there are people who fill up, they go buy a coffee and don't pay for the fuel. And then there's the others who put in £30 [of fuel] and just drive off."

The British Oil Security Syndicate (BOSS) is a non-profit organisation that campaigns to reduce fuel crime on UK forecourts.

It said that in the first week of June, incidents of unpaid fuel increased by 22% compared to May.

Claire Nichol, its executive director, said there is "no doubt" that there is a link between rising fuel prices and increased incidents of forecourt fuel crime.

"Motorists claiming to have no means of payment account for 70% of incidents which re-emphasises a shift away from drive-off incidents," she added.

The AA's Luke Bosdet said some people are stealing fuel out of desperation while others are organised and doing it to profit.

He explained: "The thief is someone who relies on their car, motorbike or scooter to get to or go about their work but their finances have been broken by the cost of living crisis. Stealing fuel then becomes an act of desperation.
"And then you have the organised thieves who see the high price of an essential item as highly lucrative and easily sold on.

"They will have their preferred method of stealing the fuel, whether that's putting an extra tank on the back seat and then taking the fuel from forecourts, or taking jerry cans and cutting fuel lines on cars to drain tanks in the street.

The latter will know which cars are easiest to steal from and target those." 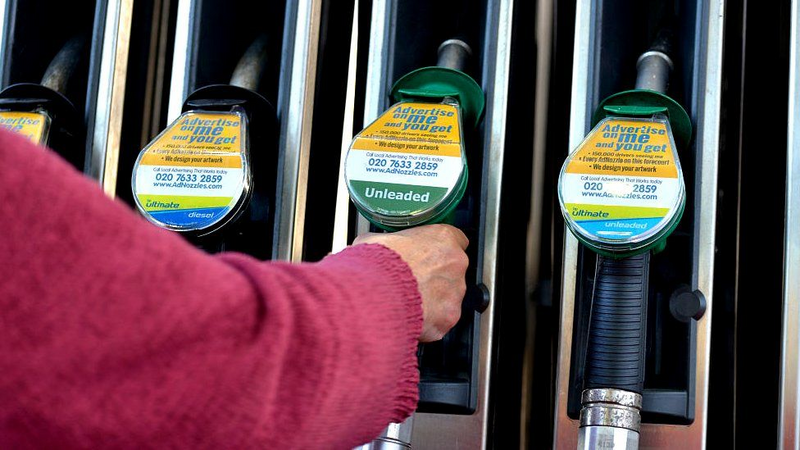 Chippy_Tea said:
Last time the prices went ridiculously high it was suggested we should all boycotting one fuel station country wide forcing them to lower the price if it could be organised it would force the others to do the same.
Click to expand...

Retailer margins are still tiny at 2% for petrol and 4% for diesel (source: RAC) so that would have no effect. If you want to see where huge profit increases are, check out what the refineries are making now.

This is a worldwide problem. Down here in southern Spain it's 2.04 euro a litre for unleaded.

The UK's competition watchdog has been asked to conduct an urgent review into whether a 5p fuel duty cut is being passed on quickly enough to drivers.
Business Secretary Kwasi Kwarteng has urged the Competition and Markets Authority to examine the fuel market and whether there are local variations in petrol and diesel prices.
The cost of filling an average family car has now hit a record £100.
It comes as the CBI warned households will go into recession later this year.
Pump prices have been rising since Russia's invasion of Ukraine in February led to oil supply fears. Last week, the RAC motoring organisation said the cost of filling a 55-litre tank reached £100.27 for petrol and £103.43 for diesel.

In a letter to the CMA, Mr Kwarteng said that despite introducing a fuel duty cut "there remains widespread concern about the pace of the increase in prices at the forecourt and, that prices may not fall as much or as fast as they rise".
As well as looking at whether the duty cut is being passed on to consumers, Mr Kwarteng has also asked the CMA to examine "whether the retail fuel market has adversely affected consumer interests".
This will include investigating whether there are price variations for petrol and diesel at local forecourts.
"Drivers should be getting a fair deal for fuel across the UK," said Mr Kwarteng. "Healthy competition between forecourts is key to achieving this, with competition working to keep pressure on prices."
He has asked for the CMA to report back to him by 7 July.
Jack Cousens, head of roads policy at the AA, said while the group welcomed the review, "more urgent action is needed".
"To relieve pressure at the pumps we need an immediate 10p cut to fuel duty. That would help restore some balance ahead of the initial CMA findings due in early July."

Northern Ireland Secretary Brandon Lewis told the BBC: "Once we get the review of that then it will be right to look at what more, if we need to, we can do to help people to make sure it's actually getting to where we want to see that support."
The Petrol Retailers Association has been contacted for comment.
The rate of Inflation - or the cost of living - rose to a 40-year high of 9% in April, with higher energy bills and fuel prices contributing to the increase.
The head of the UK's largest business group warned on Sunday that households will go into recession later this year as people cut spending to combat rising living costs.
Tony Danker, director-general of the CBI, forecast that spending on the High Street and on discretionary items will "go negative" and that Britons were already "trading down".
"It is a well-known behaviour when there's high inflation," Mr Danker told the BBC's Sunday Morning programme. "They're not buying as many discretionary goods or they're buying the cheaper option in the supermarkets."
The Organisation for Economic Co-operation and Development has forecast that while the UK will grow by 3.6%, the economy will stagnate at 0% growth in 2023. It will mean the UK will go from the second-fastest growing economy in the G7 group of industrial nations to the slowest.
Mr Danker said: "The only real thing stopping us from having a full-blown recession this year is that at the moment business investment levels are quite high."
A recession is defined as the economy getting smaller for two consecutive quarters.
He said: "The risk is if business investment starts to fall then the whole country could go into recession sooner than some are predicting, ie next year so I think that's why at the moment there's not a lot you can do about household spending when inflation is this high but you do need to stabilise confidence among firms so they don't stop spending too."

The business secretary wants to know if a 5p fuel duty cut is being passed on quickly enough to drivers.
www.bbc.co.uk 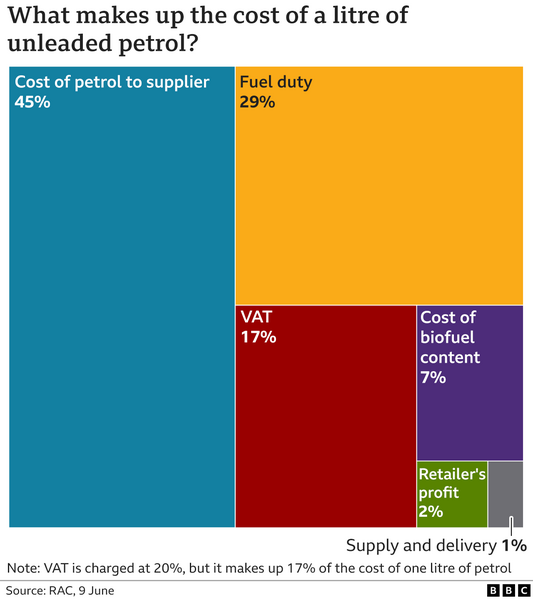 Definitely a lot of trading down going on. Last couple of times I've been to Lidl, it's been full of newcomers clogging the place up aimlessly wandering from shelf to shelf examining the items and going Oh...
Also shopping in bigger family groups (grandparents/parents/kids) maybe to save fuel costs combining trips, or maybe just exploring.

Government are only cutting fuel duty as price rise means it's more than covered by their VAT take on the fuel, so they can afford to be seen as doing something to help. Watch how quickly it will go back on if the crisis ever ends.

25p a gallon is not going to help i use about a tank a month so we are talking a few £ that will be spent on the price rise in other essentials.

We paid 199.9p in Tesco forecourt yesterday for diesel. We were in shock when we saw the price.

How much do you hate that .9p

Chippy_Tea said:
How much do you hate that .9p
Click to expand...

Quite a lot! Especially when you accidentally go 1p over

One for the cyclists