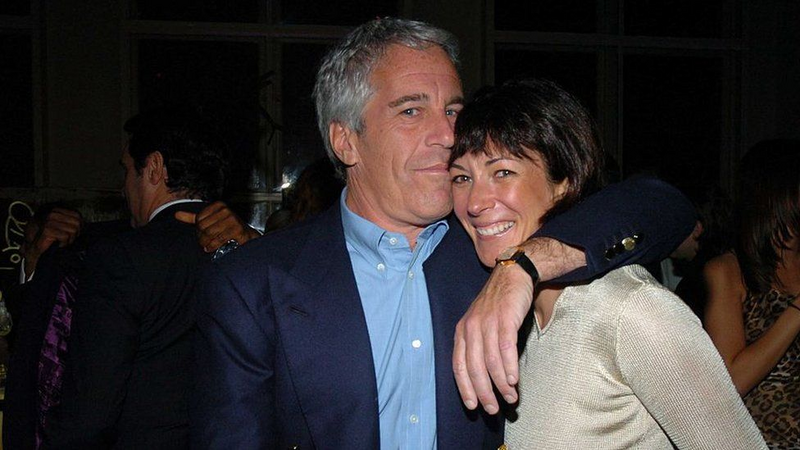 Ghislaine Maxwell has been sentenced to 20 years in a US prison for helping disgraced former financier Jeffrey Epstein abuse young girls.

Maxwell, 60, was convicted in December of recruiting and trafficking four teenage girls for sexual abuse by Epstein, her then boyfriend.
One of her accusers said outside the court earlier that she should remain in prison for the rest of her life.
Epstein killed himself in a Manhattan jail cell in 2019.
He had been awaiting his own sex trafficking trial.
Ghislaine Maxwell's crimes took place over a decade, between 1994 and 2004.
Before her sentencing, Maxwell, dressed in prison clothes, apologised to the victims.
She said she empathised with them and meeting Epstein was "the biggest regret" of her life.
"My association with Epstein will permanently stain me," she said, adding that she hoped her prison sentence would allow the victims "peace and finality".

Maxwell has been in custody since her arrest in July 2020, held mostly at Brooklyn's Metropolitan Detention Center, where she has complained of the stink of raw sewage in her cell.
The case against the British former socialite has been one of the highest-profile since the emergence of the #MeToo movement, which encouraged women to speak out about sexual abuse.
The judge allowed four women to speak at the hearing, as well as allowing a statement by Virginia Giuffre to be read by her lawyer in her absence.
Annie Farmer, the only victim on the indictment to give evidence under her full name during the trial, was the first to speak.
Maxwell chose not to look at Ms Farmer throughout her statement, instead choosing to look straight ahead, occasionally sipping water.
Ms Farmer had to pause midway through her speech in order to contain her emotions but continued to read her statement to the court in full.
Sarah Ransome, who did not testify at the trial but was due to give an impact statement, spoke outside court alongside fellow accuser Elizabeth Stein.
"Ghislaine must die in prison because I've been in Hell and back for the last seventeen years," Ms Ransome said.
"I was 10 years old when Liz Stein was being trafficked. I was 10. That is how long this sex trafficking ring has been going on for. And it should have just taken one survivor to come forward for us to be taken seriously. It should not have been this hard."

During the trial, Ms Farmer and three other women, identified in court only by their first names or pseudonyms to protect their privacy, testified that they had been abused as minors at Epstein's homes in Florida, New York, New Mexico and the Virgin Islands.
They recounted how Maxwell had talked them into giving Epstein massages which turned sexual, luring them with gifts and promises about how Epstein could use his money and connections to help them.
Maxwell's lawyers have tried to portray their client as a positive influence on other inmates in jail, offering to teach them yoga and help them learn English.
The crimes of Epstein, who mixed with some of the world's most famous people, were first reported in the media in 2005 and he served prison time in Florida in 2008-09 on a state charge of procuring a minor for prostitution.
Following numerous lawsuits, he was arrested again in 2019 in a federal case in New York.

Ghislaine Maxwell told victims she had helped Jeffrey Epstein sexually abuse she was sorry for their pain.
www.bbc.co.uk

Her dad was a criminal who stole the pension funds of his businesses and she had no role models, sad really but a devious person who knew no better.

The news comes into the category of:

Cheshire Cat said:
Her dad was a criminal who stole the pension funds of his businesses and she had no role models, sad really but a devious person who knew no better.
Click to expand...

It doesn't take a role model for anyone to know molesting children is wrong.

She will be brown bread before Xmas. Just a pity the prison CCTV's won't pick it up.

It's strange that none of the punters have been arrested.

Brewed_Force said:
It's strange that none of the punters have been arrested.
Click to expand...

That's because the cat got the canary...

Brewed_Force said:
It's strange that none of the punters have been arrested.
Click to expand...

Didn't one pay out a undisclosed amount of money to someone. Just wondering.

Unless all those "in the know" are silenced then I suppose there's always the chance of further evidence turning up...

It was amazing that in Epstein's case, he was under constant suicide watch and then all the guards fell asleep at the same time.....um...

Nazanin Zaghari-Ratcliffe sentenced to a year in Iran prison