I had a clear out from my brew room, and found these things unused, so I thought I list them here.

Grainfather counterflow chiller - £65
This chiller came with my second Grainfather g30 according the previous owner it's about 5 years old and it has about 20 brews in it. The silicone hoses are a bit discolored, but that's not an issue at all.

Grainfather recirculation arm - £15
This one came with my original Grainfather, never been used, maybe good for something for someone.

Micro pipework - £10
I have 2 sets one boxed, one not. The to one without box has no signs of use either. So I would say they're brand new.

False bottom for Grainfather g30 - £20
This also came with my 2nd Grainfather, I have no idea where is it from originally (probably from China), never tried it, a bit warped (see photos). I guess it'll do what it's supposed to do.

Grainfather garincoat - £20
This item also came with my second hand Grainfather, I've run through in the washing machine once, so the outer layer doesn't looks like a 20 years old's ****, but perfectly useable.

Grainfather wortometer - £10
What to say, it's a bit of metal with some holes in it, completely useless, as the wiring of the temp probe is too short. I went to wireless and never look back.

And at the end, assuming everything is sold, I'll have an another counterflow chiller, it's less than a year old, with 15 brews in it, tiny marks of use. £75

All items for pick up in Basingstoke, or posted for additional cost, please note i working unsocial hours in distribution, so you might not get your desired item(or even a reply) next day, buy I'll try to do my best. 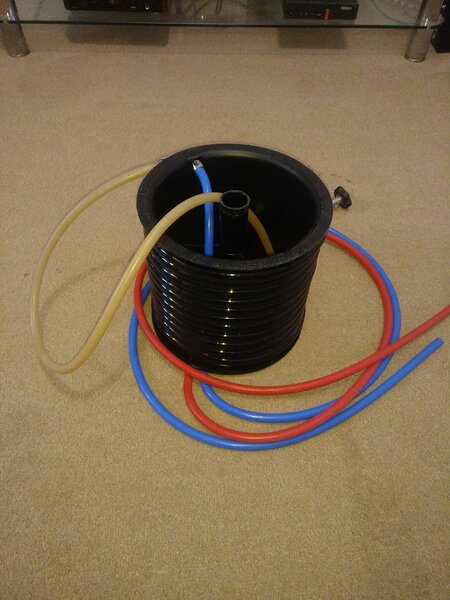 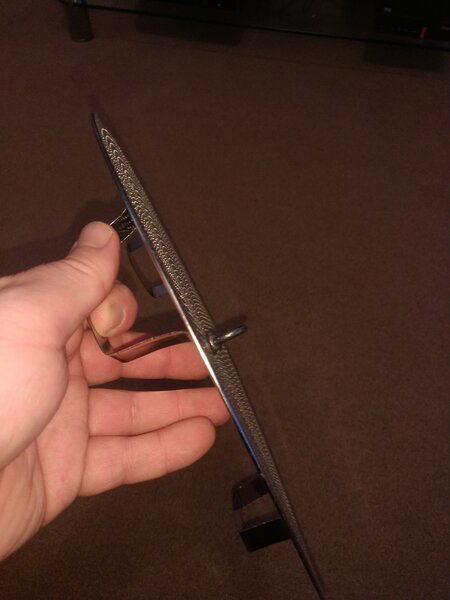 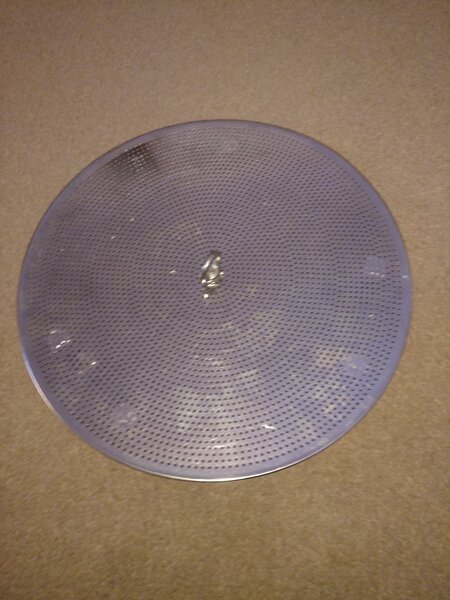 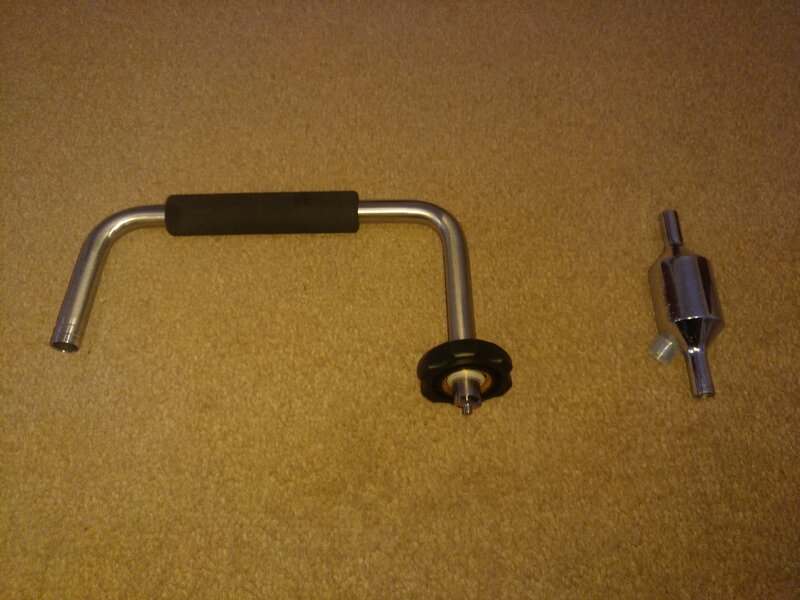 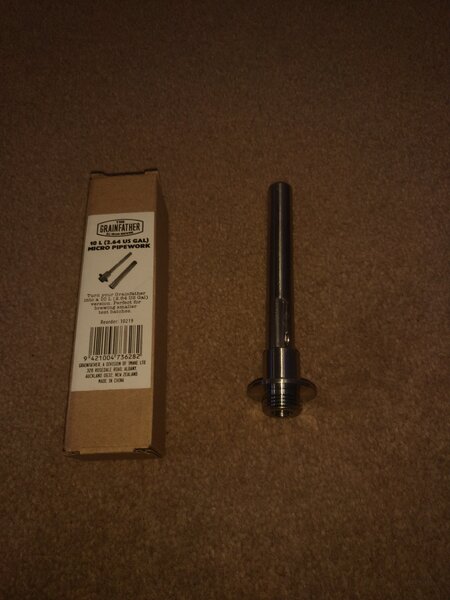 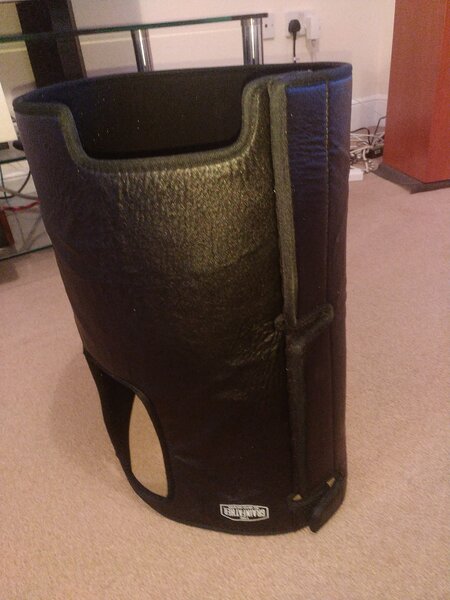 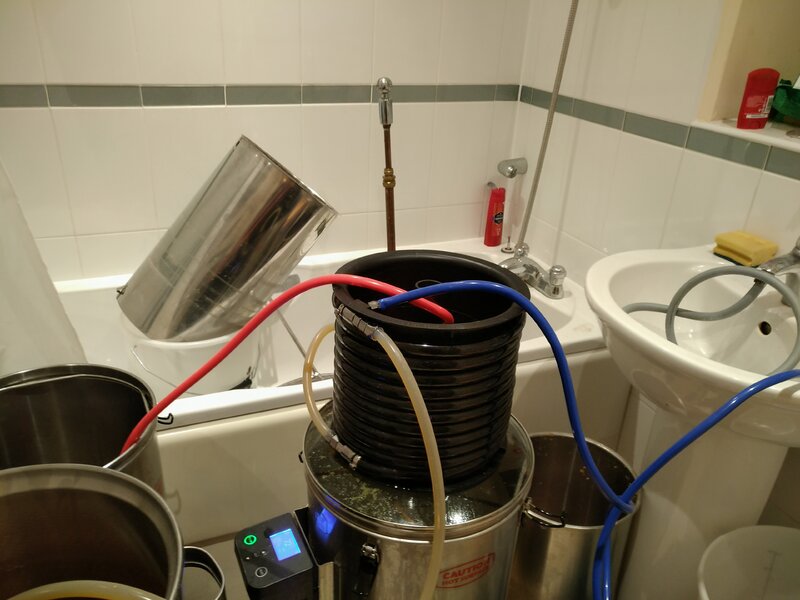 Hi @gyurmaember
I'll take one of those micro pipe works of you're happy to post it out.

Hi @RGeats,
Someone messaged about it yesterday, if it fails it's yours.

Quick update, i have one set of micro pipework and the older counterflow chiller pending. The rest is still available.

Ah OK thanks, can I reserve the other counterflow chiller then as a backup, assuming you want to sell it in the end

RGeats said:
Ah OK thanks, can I reserve the other counterflow chiller then as a backup, assuming you want to sell it in the end

Yes of course you can reserve it.
I wanna sell it last, because it's in use, and until I haven't got most of the funds for the brewtools one, I won't sell it.

No worries. Keep me updated on the other one and let me know if and when you want to sell your newer one. Thanks

Dang, wish I'd have seen this sooner. Can I be a reserve of the reserve for either CFC, please?

the false bottom please and the graincoat if still alvable???
Bri

Graincoat, false bottom, and 1 set of micro pipework are on their way to their new owners.

Ooh, could I express an interest in the wortometer, please?

If it doesn't work out with tigertim I'll take the wortometer for asking price plus a couple of quid for postage. Cheers!

Sorry for everyone. I had no time to update. There's only one set of micro pipework left, and the recirculation arm.