noun
1.
an activity involving skill in making things by hand.
"the craft of cobbling"

If you’re going to complain about the Americanization (see what I did there?) of home brewing, it would perhaps be a good idea if you didn’t use a phrase that has gained popularity over the last few years thanks to a certain American adult-oriented cartoon series. 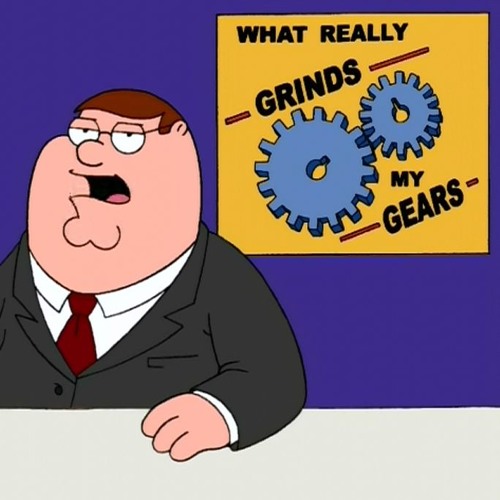 MickDundee said:
If you’re going to complain about the Americanization (see what I did there?) of home brewing, it would perhaps be a good idea if you didn’t use a phrase that has gained popularity over the last few years thanks to a certain American adult-oriented cartoon series.

Its the un-real ale Im wary of. Its all a load of marketing bunkum

Irishwizard said:
Its the un-real ale Im wary of. Its all a load of marketing bunkum
Click to expand...

Oh the irony. Quality is irrelevant, but it's a superior product as the bubbles have been put in using an approved method.

The first reference to a "craft brewery" was that well known USian..umm...Michael Jackson in the 1982 Pocket Guide to Beer about that well-known US brewery, Timothy Taylor.

But if you want to read more on the origins of something that has surely been debated to death, see :

Not this again: the birth of the term ‘craft beer’ | Boak & Bailey's Beer Blog

As the question is in the air again, here's our attempt to answer the question “Where did ‘craft beer’ come from?” with examples from 1888 to the 1990s.

First use of the Term Craft Brewery (Part I)

Obeisance to St. Mike Off and on over the years the question comes up, who first used the term craft brewery, craft beer, craft brewer, etc. Until recently, the earliest citation I was aware of was…
www.beeretseq.com

And Pete Brown who has written an entire book on this stuff : Craft – An Argument: Why the term ‘Craft Beer’ is completely undefinable, hopelessly misunderstood and absolutely essential.

But if you want the short version, Boak & Bailey probably sum it up pretty well here :

The purpose of this page is to save us the trouble of explaining what we mean each time we use phrases like 'craft beer', 'good beer' or 'craft brewery'.

I'm sure I once saw a Viz Twop Twip along the lines of "Real Madrid: Increase your appeal to trendy millennials by rebranding as Craft Madrid".

“Craft” is shorthand for 50% extra - on the price.…I have some craft ales if you’d like some?

Well..I didn't know that the Prince of Pop and unconvicted weirdo was into beer...

Me, I'm going to stick to my own ARTISAN ales.

I be actually had a co-worker who introduced me to her boyfriend and said “Michael’s the guy I was telling you about who makes the artisan beers”. I struggled to keep a straight face.

i need a bitter

This is the first I'm hearing about it.
I

I don't care what it's called there are only two types of beer; good and bad. Would people like to go back to the beer when it was all keg and tasteless?

For 'Craft Beer' to have any kind of meaning, it depends where in the world you're currently looking to have a pint. If you're in the UK a lot of people *think* it's shorthand for beer made by small brewers. That's not necessarily the case.

In the USA, 'Craft Beer' *is* shorthand for beer made by small brewers. Though a big brewer can own a share in a 'Craft Brewer', to still be called 'Craft', legally they cannot own over a certain percentage of the company (off the top of my head 40% or 60%).

So, although the USA can be blamed for a multitude of things, the watering down of the term 'Craft Beer' isn't one of them. Indeed, it could be argued that if it weren't for passionate (and some might say at times over-enthusiastic) homebrewers in the USA, the homebrew scene and indeed the beer scene in general there and in the rest of the world wouldn't be what it is today.

Quite simply I don’t bother with labels I’m a home brewer who practices the brewing craft producing bitters to my own taste pale or dark depending what mood I’m in on the Brewday.
You must log in or register to reply here.
Share:
Facebook Twitter Reddit Pinterest Tumblr WhatsApp Email Link