And I thought mine was complex with 8 different malts.... Looks like it'll be a good one

It’s a big beer. Having only a small kettle with a titchy 2.5Kw heater made it more challenging and time consuming but otherwise it’s OK

Mrhandsome said:
And I thought mine was complex with 8 different malts.... Looks like it'll be a good one

I deliberately went for a complex malt bill and also for a water profile that accentuated the malt. I’ve never brewed this recipe before so I don’t know how it will turn out but I’m obviously hoping it’s a good ‘un.

...especially if it turned out really nice.

So...what's the plan for this stout? Bottle or keg? Scoff it or keep it?

Clint said:
So...what's the plan for this stout? Bottle or keg? Scoff it or keep it?
Click to expand...

It will go into a King Keg. I’ll drink it but hopefully some will last a while - given I have several brews to choose from.

Tomorrow I’ll be preparing the water and grist for Friday, the start of my third batch of brews. First up in batch 3 is an English Pale Ale.


In contrast to the Burton water profile I used for the bitter, the water profile I’ll be trying for this pale ale will be balanced and soft so I’ll be adjusting the profile to SO4:56, Cl:48, Ca:50

I’ve been keeping a beady eye on the Russian Imperial and it’s as well, it was starting to escape through the air lock.

Fitted a blow off tube this morning in case it decides to show-off even more. 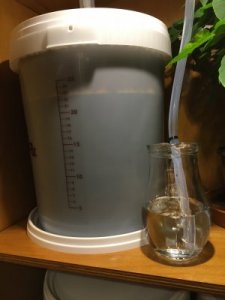 That’s my “Festival” APA kegged and on the shelf. I’ve just finished mashing the English Pale Ale I’m brewing today. This will go in to the fermenter I’ve just freed up.

So the restock is now well under way with 6 beers conditioning, 4 fermenting, and 5 to be brewed over the next 8 days - the first of which is the Pale I’m brewing today. 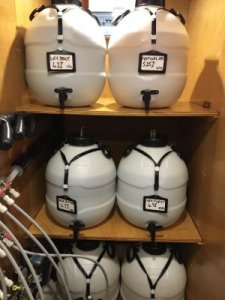 The English Pale Ale is now tucked up in the brew-shed to ferment. OG was a tad higher than planned at 1042 rather than 1040 so the ale might be a couple of points stronger if the FG is as planned. Today’s brew is sitting under the Russian (which is still huffing and puffing but is well behaved). Otherwise a smooth and uneventful brew day.

Next brew-day is Sunday when I will be brewing another batch of Summer Breeze, and then on Monday I’ll have another big brew on my hands - a Doppelbock. 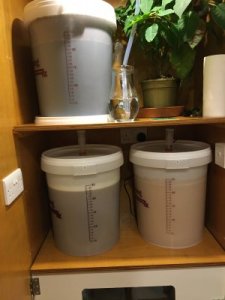 All I can say it's a good job you don't have murderous intentions!

Clint said:
All I can say it's a good job you don't have murderous intentions!
Click to expand...

For the moment I just have too much on

Today I’m preparing for tomorrow’s brew and making a yeast starter for the Doppelbock I’ll be brewing on Monday.

I’ve decide to substitute one of my brews in batch 3. The Apple Cider will be replaced with a German Pilsner because I already have some bottles of cider and, more of an issue, my lagers are under represented. The batch 3 line-up is now:


strange-steve said:
Today I'm finally getting the chance to try what has become a bit of a forum legend, @Hazelwood Brewery's Summer Breeze IPA. I've been reading about this for a while now so pleased to get the chance to try it...

Aroma
On opening I was immediately hit with a noseful of ripe mango which was lovely, also with notes of passionfruit, lemon, and grapefruit. Tropical and delicious as I'd expect from the hop bill. Also just a faint sweet, biscuity aroma.

Appearance
Deep golden colour with a bit of haze (probably my fault for being impatient and not letting it settle), a great fluffy white head which stuck around the whole way down. (Note it's nowhere near as dull as it appears in the pic below!)

Flavour
As expected lots of citrus fruitiness up front which, along with the sturdy (but not overpowering) bitterness, gives a lemon pith and grapefruit impression. A light and crisp finish, very clean indeed, with just a hint of nutty, biscuity malts coming through which gives an interesting counterpoint to the fresh hoppiness. The malts came through more prominently as the beer warmed.

Overall Impression
In short I would say this is simply a well made West Coast style IPA. It has everything you want from the style, from the punchy, fruity, citrusy hops, to the clean, refreshing bitterness, and dry finish that leaves you wanting more. What I really like about this though is that you haven't ignored the malt bill as often we do with this type of beer. You’ve used Vienna malt (have you used Vienna for all the base malt or just a portion?) which gives a bit more depth of flavour, kind of like you might get in an English IPA. Personally I really don't like one-dimensional IPAs that are all hops and nothing else (session IPA as a style can go fornicate itself as far as I'm concerned). I suspect also that, although this has a lovely hoppiness, you haven't gone too mad with the hops. It is balanced nicely without feeling like you're drinking hop juice, and not being the biggest hop head myself, I thoroughly enjoyed it. The only issue I had with it was that it was a bit overcarbed. It has that mouth-filling carbonation you get in a Belgian pale or the like, which I have a feeling lightened the body a bit more than you'd want. That being said, I think you probably normal serve this from a PB which I reckon would suit it beautifully, so ignore this comment! Anyway thanks for sending this mate, I'm glad to finally have tried it and I wasn't disappointed. Look forward to the next 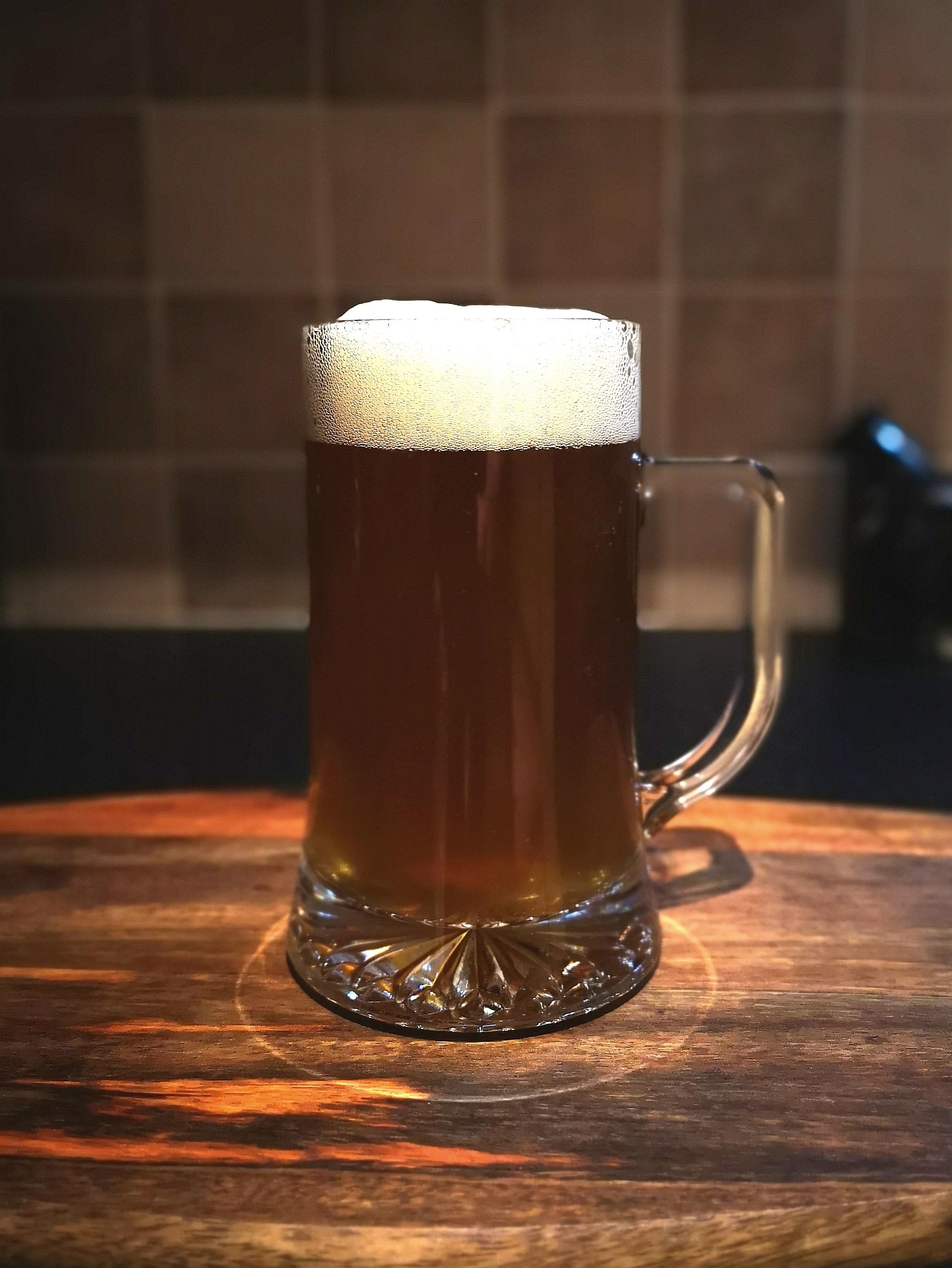