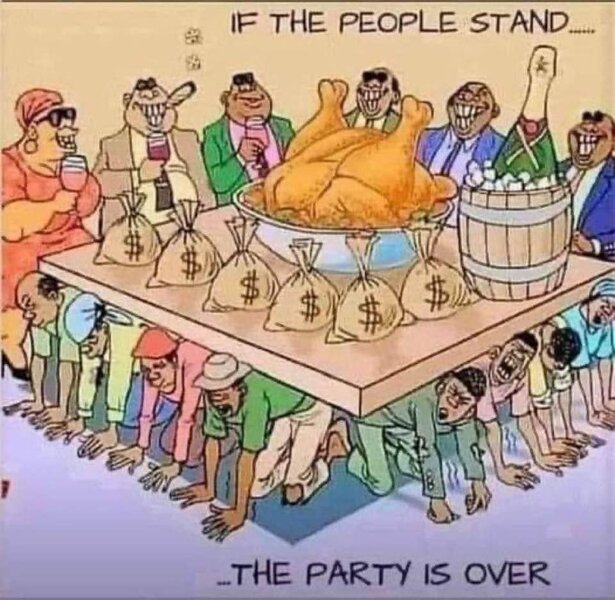 Boris will still be pm in september, remember he only resigned just like sunak

Rodcx500z said:
Boris will still be pm in september, remember he only resigned just like sunak
Click to expand...

Is there a difference,

Of course, the PM is, supposedly, the leader and in charge of all, the Chancellor is responsible for finance. It’s MD vs FD!

Chippy_Tea said:
So you weren't implying the ones that are not honest are dishonest FFS stop digging!
Click to expand...

Cheshire Cat said:
They have created this crisis due to their mismanagement of the economy. You can’t trust the Tories with the economy.
Click to expand...

Ive no idea either , but I think it May be important.

Robin54 said:
Ive no idea either , but I think it May be important.
Click to expand...

Are they acronyms for Favourite Brians?

Brianbrewed said:
Are they acronyms for Favourite Brians?
Click to expand...

Simples - Boris is equivalent to Managing Director (MD) and Rishi equivalent to Finance Director (FD). MD, has overall control and therefore responsibility, this is Boris!!!!!

I do a bit of brand consultancy on the side 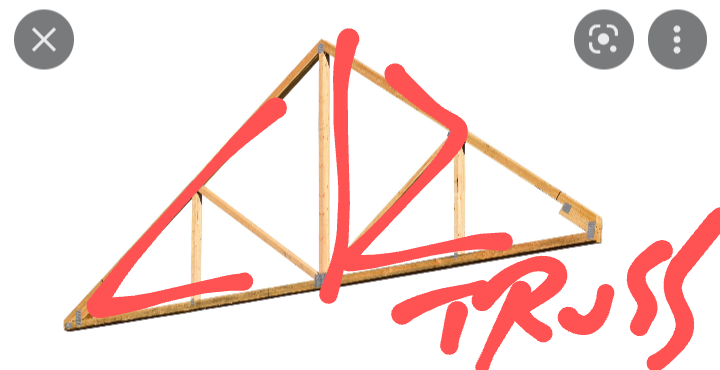 So the fd and md both resign so the one with a face like a wet kipper thinks i ain't resigned i will go for pm job done, what a load of ******** you could not make it up

The Candidates really do keep giving!

Saw this today in a BBC News article that quoted the New Statesman;

A leaked video shows the former chancellor saying that Labour “shoved all the funding into deprived urban areas” and that “needed to be undone”.

I wonder where he keeps his brain?

They really do keep giving! Here’s a report in the Guardian of Liz Truss speaking to the Tory faithful on 5th August:

“Liz Truss has used her latest pitch to the Tory party membership to warn against talking the UK into a recession, a day after the Bank of England forecast the economy will soon suffer a five-quarter recession.

Speaking at the Tory party leadership hustings in Eastbourne, Truss suggested her plans for immediate tax cuts if she becomes prime minister could avert recession.

She said: “I know there are difficult forecasts out there, but forecasts are not destiny. And what we shouldn’t be doing is talking ourselves into a recession. We should be keeping taxes low.”

Truss also expressed support for fracking, as well as caution about the government’s net zero target and a crackdown against Extinction Rebellion protests.

To cheers from the audience she said: “I want us to frack in parts of the country where there’s local support, so that we can get the energy security we need.”

She was urged by an audience member to “examine the scientific group-think for net zero”. Truss replied: “We do need to transition to net zero, but I want to do so in a way that doesn’t clobber households and doesn’t clobber businesses. That’s why I’d have immediate moratorium on the green energy levy, while we look at better ways of delivering net zero using private sector innovation and technology to deliver.”

So Liz knows more about the state of the UK economy than the Governor of the Bank of England!?!?

Then, despite heckling from climate activists, goes on about Fracking etc and telling everyone what “she” will do if elected … and the audience applaud her!

My God, the arrogance of Liz Truss, and the stupidity of her audience, puts the transgressions of the Labour Party and its Members to shame!

Back in the 1960’s I had cause to visit the Greenwich Seaman’s Hospital in London due to a persistent pain in my lower stomach! (*)

At the time, on the road alongside the hospital was a small sign that announced:


“Greenwich Seaman’s Hospital”
in normal sized letters.​
To one side of this, in letters at least a foot high, and with an arrow pointing in the direction to follow, was a sign that said:


“VD CLINIC THIS WAY —->”​
A memorable event for any lad at an impressionable age!

(*)
BTW, my “ailment” was caused by a sailor’s condition known as “The Channels” and was easily remedied.

I reduced a certain youthful activity and the persistent pain disappeared!

@Feni -
If you want to end poverty and inequality WE MUST change our voting system to one where all votes count equally. Otherwise this morally septic minority will keep deliberately making people suffer. 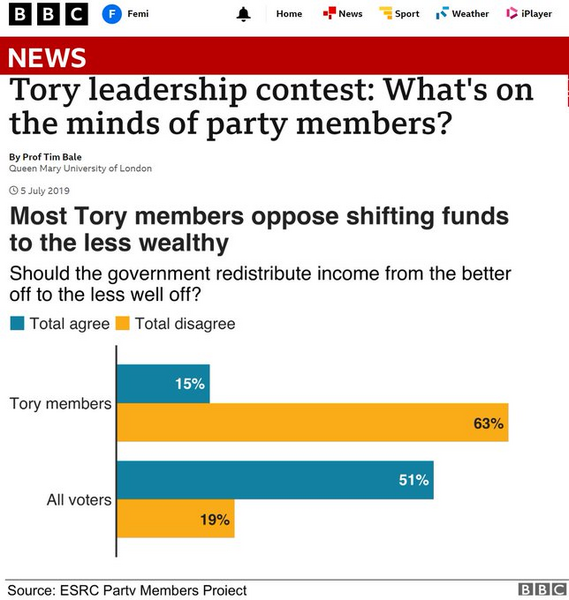 Sunak has said he would rather lose the leadership election than promise people things that were not deliverable, ie lies. He went on to say cutting taxes will not help the most needy. Trouble is this message is wasted on the Tory membership. As seen above.

Both Rishi Sunak and Liz Truss believe they are on the right side of the moral argument over the cost of living crisis that is dominating this leadership election.
Liz Truss argues that putting up taxes is immoral - but Rishi Sunak told Nick Robinson the government had a "moral responsibility" to go further to help those who cannot afford to heat their homes.
He suggested bills could be £400 higher than anticipated when he was chancellor. How much further would he go? Anyone hoping for specific figures will have to wait but there were strong hints of targeted help for pensioners and those on the lowest incomes.
This interview may be seen and heard by millions but both candidates have tried, to varying degrees, to target their message at the 160,000 or so Conservative Party members who will choose our next prime minister.
Mr Sunak, the self-styled underdog in this contest, appeared to acknowledge that those members may prefer to hear Liz Truss's message on tax cuts.
He said he went into the contest prepared to tell people to tell people "what they needed to hear rather than what they needed to hear, not necessarily what they wanted to hear".
That doesn't mean he hasn't refined his own message during the campaign - he's promising to cut VAT on energy bills, a position he rejected in government - but he made clear he would rather lose (or win) on his own terms.