What's in the kit:
The kit comes in a small box with a few sachets and packets with nice clear instructions
The syrup itself is really easy to work with and very runny compared to say LME where it gets stuck to the packet so it was simple to pour in and rinse out 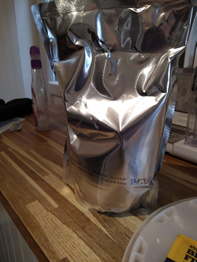 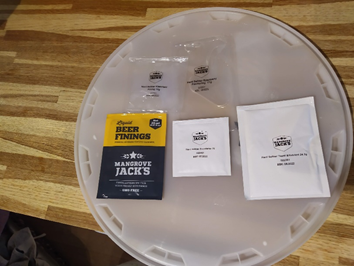 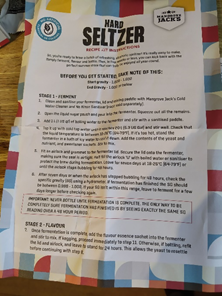 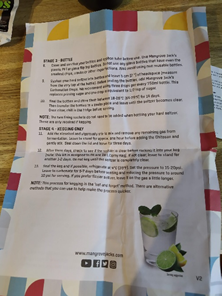 Fermenting:
The kit was extremely easy to get going – I was pretty much bang on the SG and FG figures giving me an ABV of around 4.7%
I kept mine at 18 degrees and fermentation was done in about 8 days 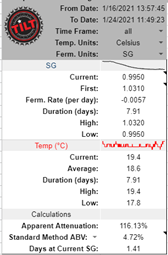 Carbing:
I ended up putting half of the kit in a 9.5L corny keg and the rest in bottles to see which came out better

The bottles I might have gone a bit easy with the sugar as again I didn’t really get a huge amount of fizz but I went for 84 grams of sugar in the 10 litres I had left
I’d say the instructions are a bit of pain in relation to how much sugar to use per bottle as it talks in terms of carbonation drops and tea spoons vs 750ml so I might have miscalced on that but would look to increase next time around.

I’ll see if this improves over the coming weeks 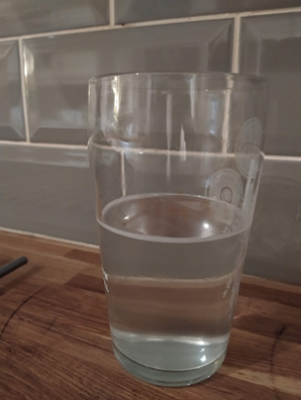 Verdict:
Overall I recommend this line of products – it’s easy to make, a bit better on the waistline and for me I enjoyed the flavour profile – sits nicely on the border between beer and wine
I’ll be saving the other 2 flavours (Pineapple / Lemon & Lime) for spring/ summer time
You must log in or register to reply here.
Share:
Facebook Twitter Reddit Pinterest Tumblr WhatsApp Email Link