Shirley Bassett said:
A good friend of mine who lives in Cheshire has an 8 year old daughter who caught COVID in early to mid November, it was confirmed by a PCR test, but the variant wasn’t disclosed.

The youngster has tested positive via LFT early this week. She’s just got her PCR test results back for the latest infection which is also positive.

The reporting of the results is exactly 8 weeks (56 days) apart.
Click to expand...

My nephew is a carer and has had 2 doses and a booster. He was positive for the 4th time in 14months on dec 24th.

It is.
He seems to be implying that what they have done to ND is dreadful and therefore what they would do to lesser mortals like you and me would be far worse.
I would expect to be treated the same if I went to Australia unvaccinated as I would them to everybody including Farage himself in the same situation.
The over privileged arrogance of the man make me sick.
Rant over.

Flat Foot said:
I'm finding the personal interest that Nigel Farage has taken in this incident quite odd
Click to expand...

On the news tonight I heard just how bad he is being treated in the hotel. They are not giving him any breakfast only lunch and dinner.

Clint said:
Why is his hotel free?
Click to expand...

He is in detention in a 'hotel' operated by the Australian border farce force, apparently they are not very nice. I dont like the man but they could have detained him in a decent hotel suit. I dont think he would have filled in his own documentation etc?!

Chippy_Tea said:
Why would you want 8 did he think it gives you 8 times the protection? 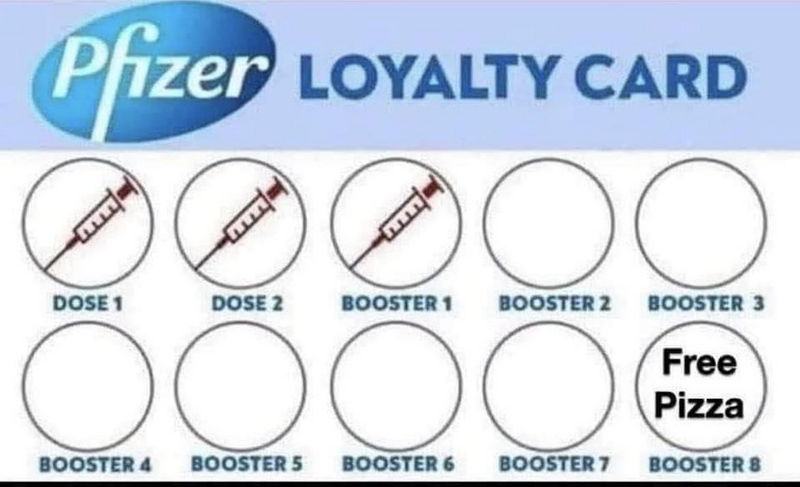 they say there is no such thing as free lunch..

So ND gets in to Australia it seems. So there is one rule for the privileged and another for us.
Now where did I put those forms to join the elite set..........?

I think he is saying that because he had covid last month it means he's exempt. Very grey area

I wonder what the outcome would have been had he not been the number one in the world.

If he had been jack the lad, the hotel would not be free and we would not know about it he would have been deported

Yet another example of how the rules don't apply to the rich and famous.

Clint said:
Why is his hotel free?
Click to expand...

As I understand it, his “free hotel” is the detention centre.

Ooops they have caught Mr Novax telling porkies on his documentation like where he was for the 14 days prior to his arrival, penalties for same include up to 12 months jail!

"The Tampa Bay Buccaneers [ professional American football team] receiver [Antonio Brown*] and two other players had fake vaccination cards in violation of the Covid-19 protocols established by the league and its players’ union."
--NY Times, 2 Dec. 21
There are a lot more instances of this. These guys are just stupid or something; they don't even have to get vaccinated, just the time out of the lineup can be longer.
*Think of your highest maintenance footballer, who possesses exceptional skills, and you have Antonio Brown's personality pegged.

scomet said:
Ooops they have caught Mr Novax telling porkies on his documentation like where he was for the 14 days prior to his arrival, penalties for same include up to 12 months jail!
Click to expand...


Australian border officials are investigating whether Novak Djokovic's travel entry form included a false declaration, Australian media report.
Djokovic's visa was revoked on arrival in Melbourne last week before being reinstated by a judge on Monday.
But Australia's immigration minister still has powers to re-cancel the visa and deport the unvaccinated player.
Djokovic - who is hoping to defend his Australian Open title next week - has not commented on the latest reports.
The 34-year-old Serb player's entry form stated he had not travelled in the 14 days before his arrival on 6 January.
Social media posts appear to show him in both Serbia and Spain during that fortnight.
Djokovic told border officials that Tennis Australia completed the Australian Travel Declaration on his behalf, the Sydney Morning Herald reported. It is not clear whether this would help him in the event it is challenged.
The Australian Border Force (ABF) did not immediately confirm the reports. Djokovic's lawyers told the BBC they had no comment at this stage.
After being released from detention on Monday, Djokovic posted a photo of himself and his team - including coach Goran Ivanisevic - on court at the Rod Laver Arena in Melbourne.

Athletes like that are trouble. You try and give them the benefit of the doubt but they keep doing things....
He'd never make it in a team sport--too disruptive.

If they allow him to play he is going to be booed off the court every time he plays it will be an embarrassment.

Chippy_Tea said:
If they allow him to play he is going to be booed off the court every time he plays it will be an embarrassment.
Click to expand...

If the fans boycott the tournament, the loss of revenue would get their attention.