How could a pumpkin beer be called that with none in to start with?

I think historically pumpkin was used as a fermentable but it’s widely accepted that the spices used make the flavour rather than the pumpkin. The term ‘pumpkin spiced‘ seems to dominate everything form candles to coffee come autumn time especially in the USA and feels more apt a term. Due to the nightmare of adding pumpkin to a mash it’s generally considered more hassle than its worth what with the flavour being from the spices - cinnamon, nutmeg, ginger, clove etc.

Had a quick sample of this today. It’s not bad at all. I’ve put it in secondary and I’ll leave it a few week before adding some vanilla which apparently will help ‘round’ off the brew! First time using WLP002 and it’s left some nice body but not loads of sweetness- I’ll be using it again in some upcoming brews I think!

My pumpkin patch is doing well. Here's the biggest, size of a football! 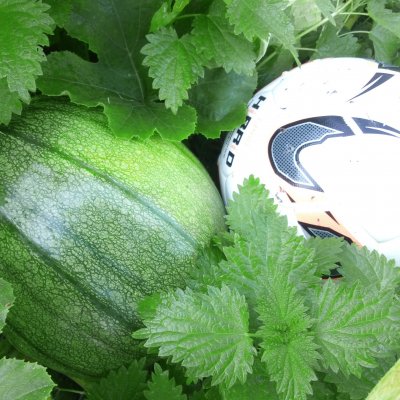 Here’s my effort I’d say my best pumpkin beer out of the three I made to date!