61 England Caps apparently. I think it was Ron Greenwood who had a policy of alternating between Clemence and Shilton for each England game. Clemence would have probably got double that if he got to play regularly.

I still have my Panini Football 78 sticker book 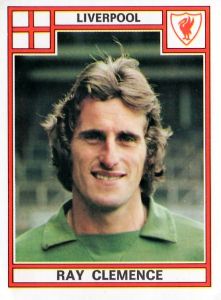 One of 3 England captains who played for Scunthorpe who were the other two?

Chippy_Tea said:
Strange how sometimes you read obituaries and you thought the person had died years ago, i thought Des had long gone.
As you say good innings.
Click to expand...

The really odd and perhaps sad thing about Des O'Connor for me is that he had a son in his early 70s and this lad is now mid teens, and fatherless. I really hope the young lad has had someone in his life who has acted as male role model and mentor other than an 80 year plus old man. In my view, and perhaps controversially, you have kids in your early middle age at the latest when you still have the energy to give them the attention they deserve, and not at a time when most folks of that age are grandparents or even great grandparents and whilst pleased to see their grandkids/greatgrandkids, after they have worn you out glad to have a rest from them. You cant do that with your own son or daughter.

Keegan is one. Don't know the other without googling.


Clemence is revered as both a Liverpool and Tottenham legend and was awarded the MBE. Shilton was awarded the OBE and is perhaps recognised as England’s greatest ever keeper alongside Gordon Banks.
Who truly was the best has never been definitively decided.

Clemence v Shilton: Who was the best? - Tale of Two Halves

Between 1970 and 1990 Ray Clemence and Peter Shilton gathered 186 England caps between them. Shilton earned over twice as many as Clemence with a final total of 125 to 61, but for many an expert there was not so much as a grain of difference when it came down to talent and who was […]
taleoftwohalves.uk

is one Ian botham?

Liverpool legend, when they used to play without gloves! RIP.

DavidHatton said:
is one Ian botham?
Click to expand...

the baron said:
Not falling for that as Ian Botham was one of them -Trick sports question

Who played football for Scotland and cricket for England?

Does anyone know of a soccer player who won an English, Scottish and Irish cup winners medal and know the name of the clubs he played for?

Eric Hall represented a number of Premier League footballers in the 1990s.
www.bbc.co.uk

Representing one of the worst aspects of modern football.
However RIP Eric Hall

Searching for a wine recipe for some newly acquired fruit, one of my go to sites was
Jack Keller, great formulations, don’t think I’ve ever had a bad one. Sadly, just
found out that he died in September. RIP

Diego Maradona has died at the age of 60 - RIP
Last edited by a moderator: Wednesday at 10:52 AM

Never forgave him for the "hand of god" incident, the cheating get.

I have a feeling most of us wont be surprised he died so young he didn't exactly look after himself and having read the article he had had surgery and had been treated for alcohol dependency. 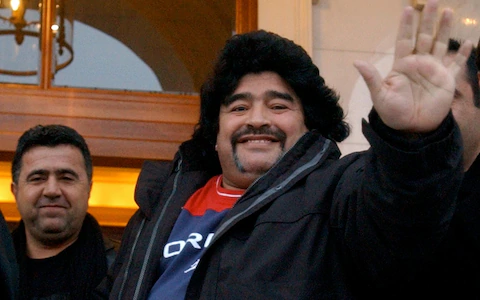 Football legend Diego Maradona has died at the age of 60.

The former Argentina attacking midfielder and manager had successful surgery on a brain blood clot earlier in November.
It was then announced he was to be treated for alcohol dependency.

One of the greatest players of all time, Maradona was captain when Argentina won the 1986 World Cup, producing a series of sublime individual performances.

He played for Barcelona and Napoli during his club career, winning two Serie A titles with the Italian side.

Maradona scored 34 goals in 91 appearances for Argentina, representing them in four World Cups.

He led his country to the 1990 final in Italy, where they were beaten by West Germany, before captaining them again in the United States in 1994, but was sent home after failing a drugs test for ephedrine.

During the second half of his career, Maradona struggled with cocaine addiction and was banned for 15 months after testing positive for the drug in 1991.

He retired from professional football in 1997, on his 37th birthday, during his second stint at Argentine giants Boca Juniors.

Having briefly managed two sides in Argentina during his playing career, Maradona was appointed head coach of the national team in 2008 and left after the 2010 World Cup, where his side were beaten by Germany in the quarter-finals.

He subsequently managed teams in the United Arab Emirates and Mexico and was in charge of Gimnasia y Esgrima in Argentina's top flight at the time of his death.

Argentina legend Diego Maradona, one of the greatest footballers of all time, dies at the age of 60.

goodolpete said:
Searching for a wine recipe for some newly acquired fruit, one of my go to sites was
Jack Keller, great formulations, don’t think I’ve ever had a bad one. Sadly, just
found out that he died in September. RIP
Click to expand...

He was born on December 30, 1944, in Lake Charles, Louisiana to the late Jack B. Keller, Sr. and Rosalie Robertson Keller.

Jack was a brilliant man who enjoyed life to the fullest. He was a former Russian History Professor at Colorado State University before he began his career with the United States Army. During his military career, he served in numerous capacities from Special Forces Operational Detachment Commander, Counterintelligence Instructor, and Strategic Intelligence Officer. He was awarded the Bronze Star Medal, Meritorious Service Medal w/OLC, Air Medal, Army Commendation Medal w/2OLC, and the list goes on. He was a dedicated man, who loved his country and what it stood for.

After retiring from the Army, he pursued his love for writing. After moving to Pleasanton, his love for history and his enthusiasm for writing was the driving force behind his desire to create a website on the history of Pleasanton, TX. Winemaking was Jack's passion in his later years and he could make wine from just about anything. Jack served 6 terms as the President of the San Antonio Regional Wine Guild and was a certified home wine judge. He has written and published several books, wrote numerous articles for the WineMaker Magazine, was the creator and author of The Winemaking Home Page, and of Jack Keller's WineBlog, the first wine blog on the internet, ever as well as the largest. Jack genuinely loved to express himself through the writings of all things. But alas, Jack also enjoyed the slower times of life where he could settle down, listen to nature, and enjoy fly fishing.

Jack is survived by the love of his life, his muse and wife 25 years, Donna Keller whom he married on his 50th birthday. He is also survived by his sons James Keith Pilling, Troy Pilling, and Scott Ray Pilling; 3 grandchildren; brothers Larry, Keith, and Barry Keller; and his sister Barbara Garner.
Jack will be buried at Ft. Sam Houston pending a date.