Thieves who broke into a food bank and stole a mobile phone have been using it to taunt people who use the charity. 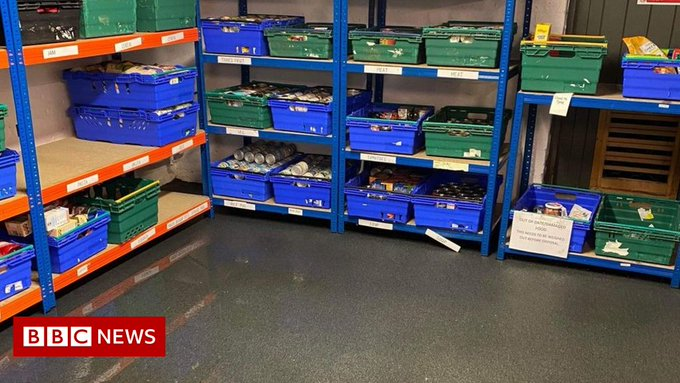 Barrow Foodbank said some of its users had received abusive messages and others had hoax calls from people posing as staff offering food parcels.
During the raid at the weekend, thieves also stole cash and damaged a water pipe which resulted in flooding.
Jayne Moorby, from the food bank, said staff were very upset that people might think the calls were from them.
"Our clients' wellbeing and security and safety is absolutely paramount to us and we would hate for anybody to think that the people who made those calls were representing the food bank," she said.
She said the break-in felt "very upsetting and very cruel" as it came during a very busy time.
No food was taken but the break-in had caused a lot of disruption and some staff had also received malicious calls, she said.
The nine-year-old project, which is supported by church and community groups, serves some of the most deprived communities in the country.
'Huge impact'
It currently distributes parcels in Barrow, Millom and Ulveston and handed out more than 7,000 emergency food parcels in 2020.
The food bank said the phone, which was used by drivers to deliver parcels, was being deactivated.
In the meantime, anyone receiving calls from a mobile number ending in 28129 should not answer and should contact police if the calls continue, it said.
Ms Moorby said the disruption, with the flood damage and the impact on the service, had been "huge".
"We're trying to resolve all of that and make sure we can still offer clients a seamless service," she said.
Cumbria Police said it was investigating a number of burglaries in Barrow, including at the food bank.
Two men in their 20s have been arrested on suspicion of burglary and attempted burglary and remain in police custody.

Police can find that phone from its ping...even if switched off.

Clint said:
Police can find that phone from its ping...even if switched off.
Click to expand...

You reckon it smells bad because it's been hanging around in a food bank?
(It's spelt "pong" by the way).

Clint said:
Police can find that phone from its ping...even if switched off.
Click to expand...

But can they be ar*ed to do so?

My daughter in law had her phone stolen at the weekend. Scum pinched it from her bag hanging on the baby’s pram. We should be able to detonate them remotely like in Law abiding citizen

What goes around, comes around.
The criminals who do such things are unhappy and miserable. 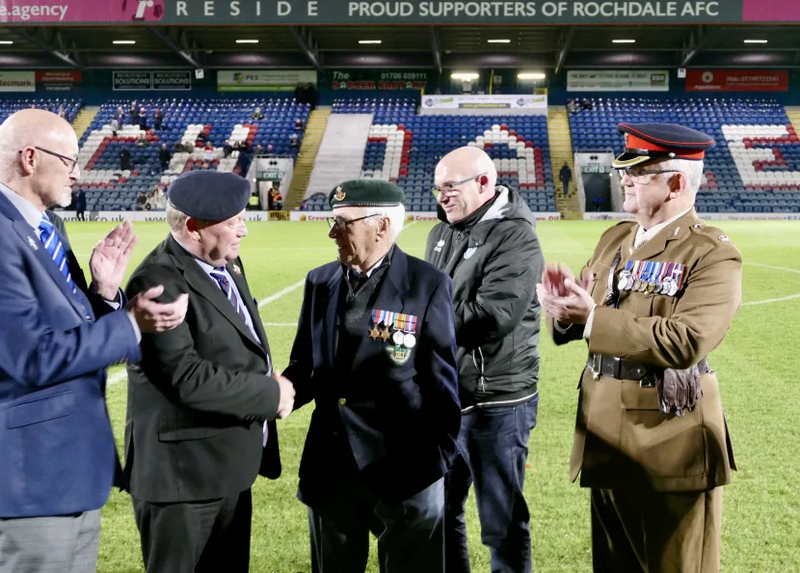 The pensioner was handed replacement original WW2 medals on Rochdale Football Club's pitch during half-time of their League Two match with Stevenage.

He received a guard of honour onto the centre of the pitch, while the crowd applauded the veteran.

Mr Marland said: "It was a surprise and I want to thank everyone that’s been so nice to me." He added: "If I’d known I was coming to this, I’d have put another row of medals on."

Major Phil Linehan, a Reservist with 103 Battalion Royal Electrical and Mechanical Engineers (REME), decided to replace the medals from his collection after reading the shocking story on Facebook.

He travelled from Kent to present the awards and chatted with Jim before the presentation.

He said: "Jim told me, ‘I can’t wear my medals tonight like you.’ He was embarrassed he’d lost them. He didn’t know I knew the story."

The medals included the 1939/45 War Star for active service during the Second World War, the France/Germany Star, the Defence Medal earned for service in the UK which was under attack, and the 1939/45 War Medal, also known as the Victory Medal.

Mr Marland joined the Army in late 1943 in Germany, and fought in Ibbenbüren, finishing the Second World War in Hamburg.

Phil added: “The big Army family got together to produce this award and it was a wonderfulprivilege to give back to someone who gave so much for all of us.”

The 96-year-old veteran was at a Cenotaph in the run up to Remembrance when he was pushed to the ground and robbed of the medals and other personal belongings. | ITV News Granada 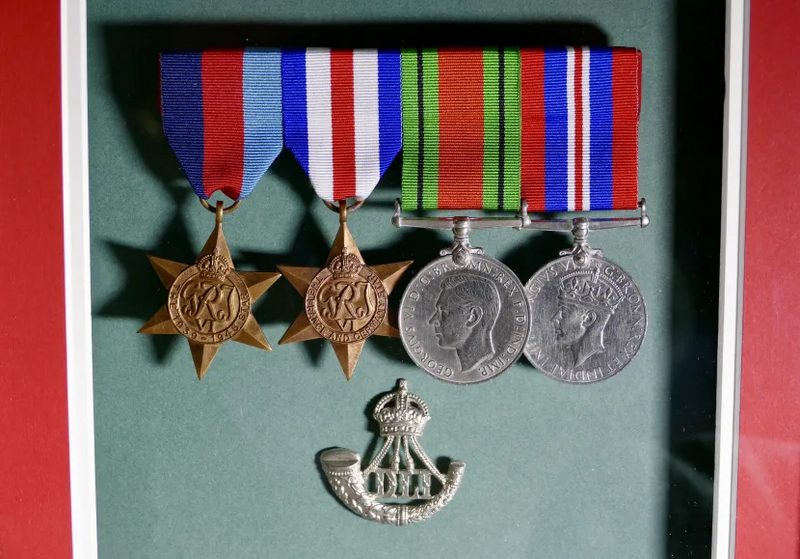