strange-steve said:
I sent a bottle of this to @Markgee and unfortunately he reported that there wasn't really any carbonation left, apparently my keg-to-bottle method needs improvement so apologies in advance. It's perfect from the keg if anyone wants to call round for a snifter

It was still really good :thumba:

The day has arrived. Here are my thoughts:

- yep, it’s a bit flat. Tiny hiss when I opened the bottle (which was well chilled). Poured vigorously but no foam. Not unexpected after following the thread!
- as black as.....a very black thing. And a vinuous and almost silky texture as I poured it. A really unusual and exciting visual of beer.
- the aroma is huge, I didn’t even have to lift the glass up to catch it. Lots of roast, a little bit of chocolate and plenty of a sort of burnt sugar character, in a good way, maybe from the long boil?
- flavour characters are similar to the aroma. It slightly made me think of marmite (I love it so don’t worry!) which I think is what pro tasters would call umami, which comes from dark malts I think (?)
- it’s slightly sweet but the bitterness and roast all play together nicely and the final taste in my mouth was a drying bitterness of roast malt, which is great
- the lack of carbonation isn’t a problem. It isn’t totally flat, it has a bit of fizz in each sip and that’s enough.

Most impressively, this is a 16+% beer that doesn’t have any hot alcohol and barely any noticeable alcohol character at all. You couldn’t fool yourself that it was a 4% beer, but it could easily be ‘only’ an 8%er. That shows you got the fermentation spot on and is a heck of an achievement.

Thanks so much for sending this, I feel very honoured! I wouldn’t want to try and put a score on this because it’s such a unique beer experience, but it was absolutely excellent. Cheers!

Thanks @Ajhutch, I appreciate your review and the kind words

I think that the absence of hot alcohol is entirely down to the kveik yeast and nothing to do with any skill on my part!

strange-steve said:
When it's done I'm gonna do a group tasting along with this lot on the local park bench: 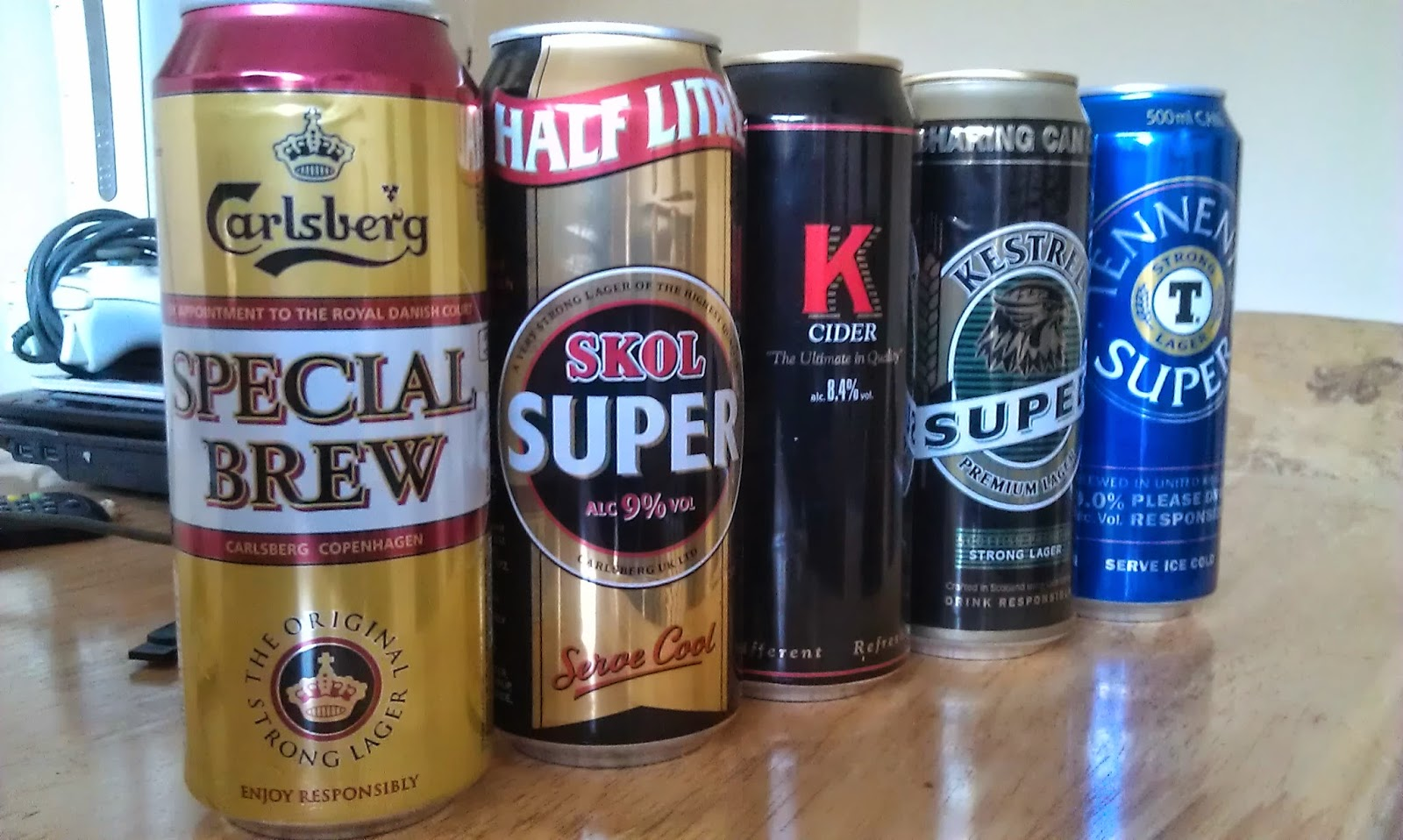 Expect to see super and special on your label...

I came here looking for tips on reiterated mashing for my upcoming (puny) 10% stout and realised I never left feedback on your stout. Don't have access to my notes and can't actually remember which book they were in, but I'll have a go from memory.

Unsurprisingly, it was very black, and just a hint of carb. Very well balanced for a 16% beer, not overly bitter and roasty, not cloying and sweet. Quite drinkable, slowly. I think I'm with Ajhutch on the umami flavour, I often think of it as liquorice but it's something you get in big stouts. Wife and I split the bottle, if I recall it was a bit much for her and I got the whole lot, then wobbled to bed. :-)

Steve, when you did your reiterated mash, did you fully sparge after the first or second mash? Online advice is often to do it first then the 2nd mash is essentially a full volume mash and the 2nd sparge is just to top up to boil volume. This would leave more sugar in the grainbed than sparging second I think.

Zephyr259 said:
Online advice is often to do it first then the 2nd mash is essentially a full volume mash and the 2nd sparge is just to top up to boil volume.
Click to expand...

This is the way I did it and it worked well, 75% brewhouse efficiency with an OG of 1.143. I overnight mashed the second batch which no doubt helped with the efficiency. Good luck with your brew

Yeah, I saw the overnight mash, never done one before but that might be a decent plan and it splits the brew day up a bit. Guess the mash settling in such a large proportion of liquid isn't as much an issue without the pump running. Thanks.
You must log in or register to reply here.
Share:
Facebook Twitter Reddit Pinterest Tumblr WhatsApp Email Link