Two birds with one stone? Another mad invention from Buffers brewery

......with hop sediment. So put my mind to seeing if I could fix it. So this is all theory at the moment as I will have to do another NEIPA brew to prove it works, and that’ll be in a couple of months time.

So, as I’m going through a magnet phase, I modified (chewed with a drill and router bit) the float housing so I could fit a couple of PTFE coated magnets I had left over from my dry hopper project. 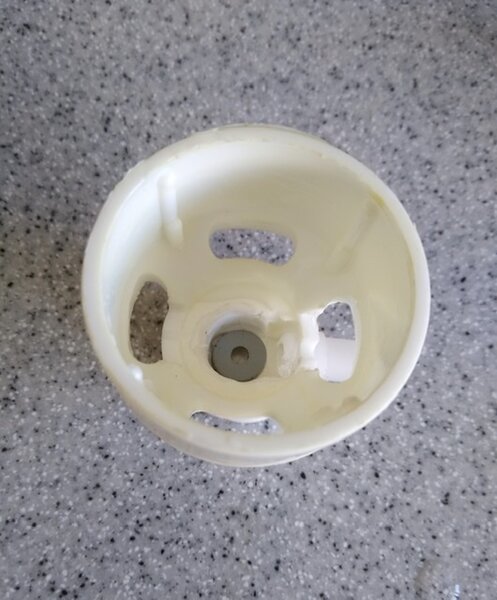 I then fitted another bigger PTFE coated magnet on the bottom of the housing to hold the magnets in place... 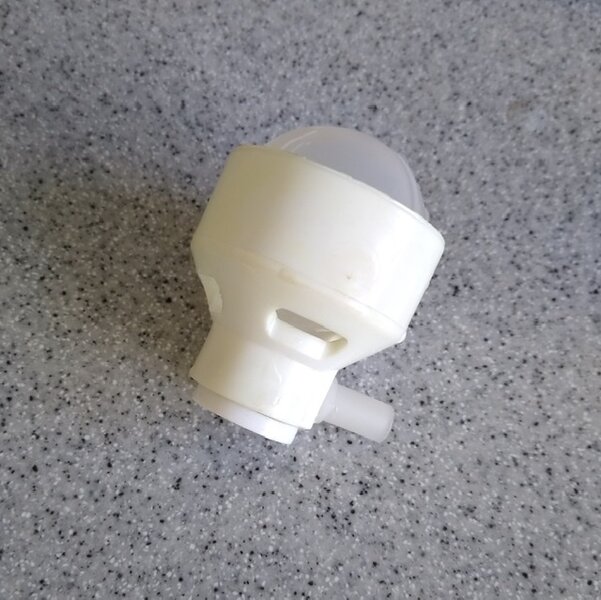 This enabled me to stick the float to the side of the FB above the wort level, using another magnet on the outside of the FB, so it will be held clear of debris from the fermentation process during dry hopping and cold crash. Yes, it will probably get a little gunged from the Krausen but I’m working on an assumption that it will be removed when the float is immersed in the beer just before transfer. 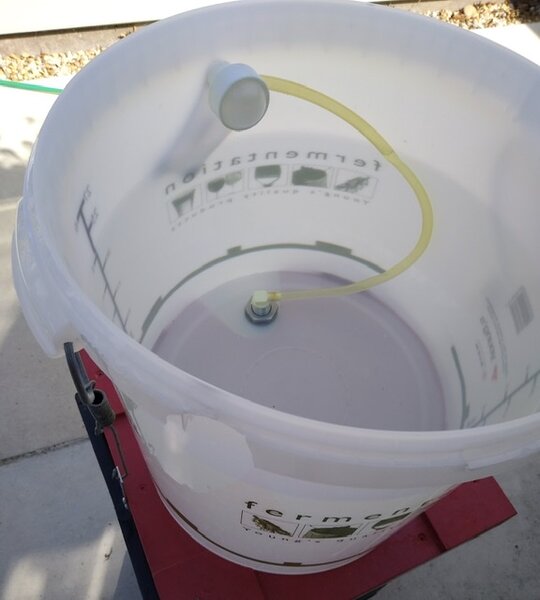 So when I’m ready to do the transfer, the transfer pipe will be connected to the FB tap which is then opened. But nothing will flow until the float is dragged below the beer to bleed the float tube before it’s released.


So that’s “one bird”. The second?
It occured to me while messing about with this little project that this could be an approach you could use with corny kegs to avoid being suprised when they run dry

. By attaching a magnet to the keg float it could be attached to the keg wall at a certain height above the bottom, say 2 pints worth with another magnet on the outside. Then, when the keg runs dry, by simply removing the outside magnet, the float will drop into the remaining beer giving you 2 pints to sort out another keg. Just a thought.....

Regarding corny kegs though they don't generally have a floating pickup, the usual set up is a long rigid metal dip tube going all the way to the bottom of the keg. However I do remember a post about someone having an indicator float on their corny which basically consisted of the plastic case from the inside of a Kinder Egg (dead minion) which had a magnet put inside it. The whole thing was sanitised, the egg closed so it floated and put in the keg once filled (or I guess you could put it in empty if doing closed transfers). The magnet in the egg was then stuck to a small ball bearing on the outside of the keg which acted as a level indicator.

Graz said:
Regarding corny kegs though they don't generally have a floating pickup, the usual set up is a long rigid metal dip tube going all the way to the bottom of the keg. However I do remember a post about
Click to expand...

Yes, I've seen the stainless steel straws for cornys but there are floating dip tubes available too...

Stainless steel ball that acts as a float to hold the 60cm silicone dip tube on top of the beer inside a keg. This allows a ( Corny, AEB act. ) keg to be used as a cask, pulling clear beer from the top rather than sediment from the bottom. To enable this the original dip tube will need to be cut.

The Ball and Keg Liquid Level Indicator is the first and only device that is designed to accurately and instantly provide continuous liquid level for your keg. The Ball and Keg can be used to immediately eliminate the guesswork on any Cornelius style homebrew keg.

ballandkeg.com
...but I've seen comments about how easy it is to loose the little orange ball.
I just thought that by, in a way, combining the two so to start with you have a fixed height dip tube that, when the beer stops flowing, the float can be released to turn the reserve tank on.