What are you drinking tonight 2021?

Well the bread pudding is done.... 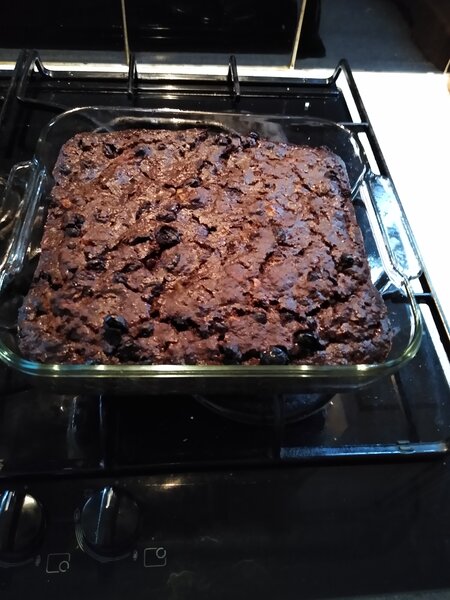 ...time for another beer. 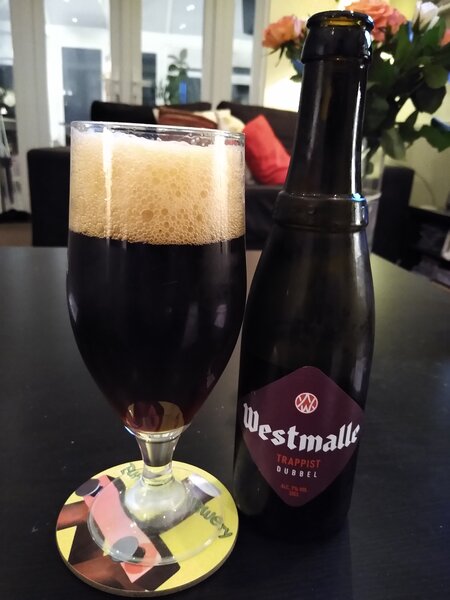 Back on the bitter going to let the mild fester for longer, I have come along way in the last two and a half years on this journey and I will add a lot of advice and help from the members of this forum, thank you guys and gals so I decided I would help by becoming a supporting member. 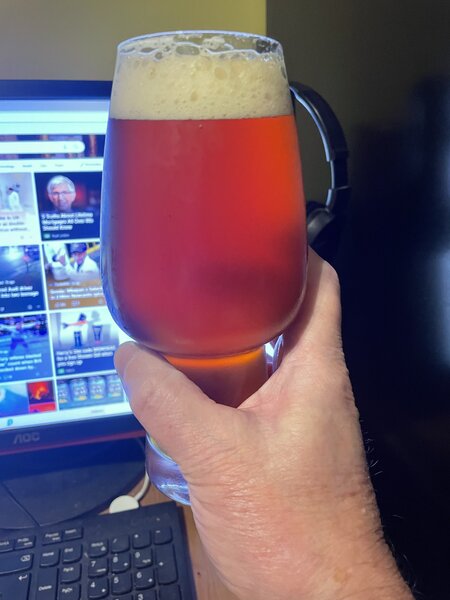 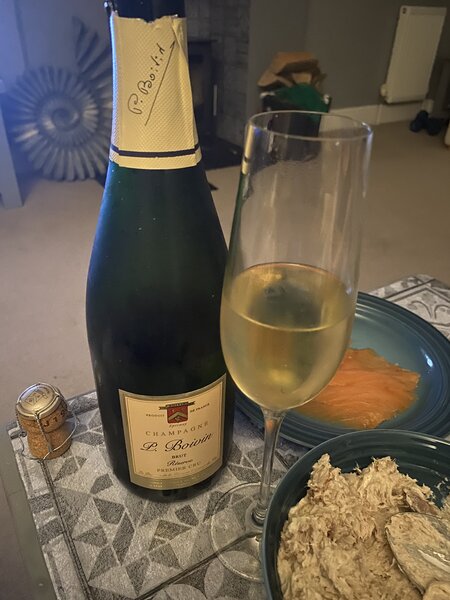 Brilliant news, hope everything goes well for you

Make sure you let us know the discount code

Don’t forget about us amateurs Hoppy All the very best luck! 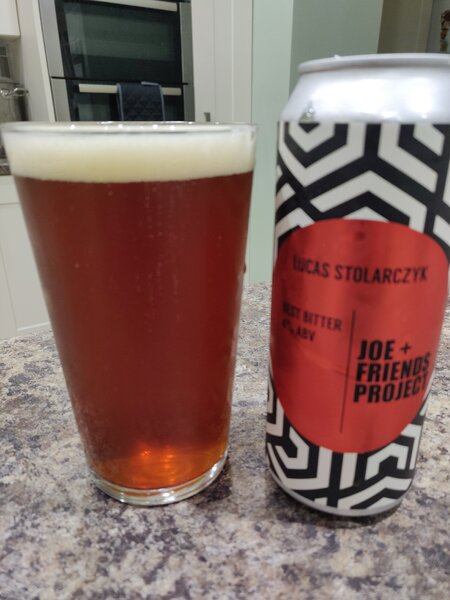 I’ve seen too many bitters tonight and now I’ve caved. 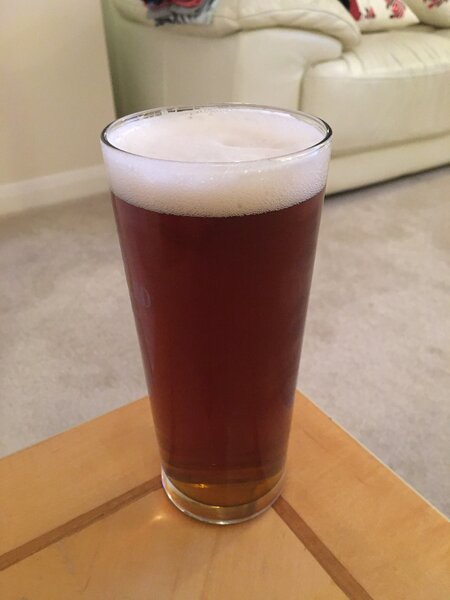 samale said:
Brilliant news, hope everything goes well for you

my local bottle shop has ordered two cases already so exciting times ahead. Looking to prove concept and then fingers crossed scale up in the new year…

I could never forget about you H

Hopsteep said:
I could never forget about you H

Jesus I was joking, but…you’re actually leaving me

my local bottle shop has ordered two cases already so exciting times ahead. Looking to prove concept and then fingers crossed scale up in the new year…
Click to expand...

You should start a thread, i'd love to hear how you get on. Might inspire me to get the garage weatherproof and converted into a brewery...

my local bottle shop has ordered two cases already so exciting times ahead. Looking to prove concept and then fingers crossed scale up in the new year…
Click to expand...

I am confident you will do well after tasting many of your beer. Keep things simple, remember your not Willy Wonka

Blackberry wheat this time. Shame I only made a 1 litre test batch, it's nice. Nothing like as sharp as the blackberry Saison, it's actually quite smooth drinking with some residual sweetness 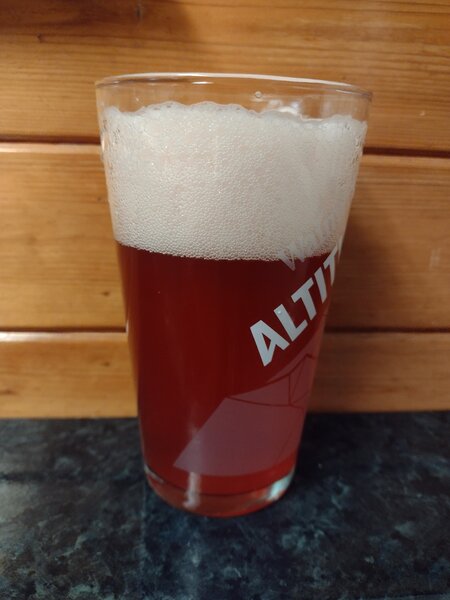 samale said:
I am confident you will do well after tasting many of your beer. Keep things simple, remember your not Willy Wonka

micklupulo said:
It was the Rigden Brewery with the last takeovers being by Fremlins and then Whitbread and the building now appears to be an outlet for Whites who sell fabrics. My chosen prize will involve you nipping round the corner and getting me a mixed crate of Shepherd Neames!
Click to expand...

Oh, so close, but a faller at the last fence, so no case of Sheps. unfortunately.
Shame!
The correct answer was Tesco.
An alternative acceptable answer may have been Faversham Umbrellas.
My Best Man lived opposite the Fremlins main entrance and offices in 22 Court Street when he was a brewer at Shepherd Neame.
Yes, a pro.
It was a conversion of the roof space above the staff social club.
They forgot to insulate the rafter/tiles and subsequently it was f'ing freezing anytime except on Midsummer's day, when it was blistering hot!
Whites (A linen and lingerie shop! ) are up the top of Court Street at 2 - 3, adjacent to the Market.
Well done, though.
I thought @Hazelwood Brewery was a shoe-in for the points prize.
Just perching as it was too easy for him, perhaps.

I did find this information but hadn’t posted before Mick. 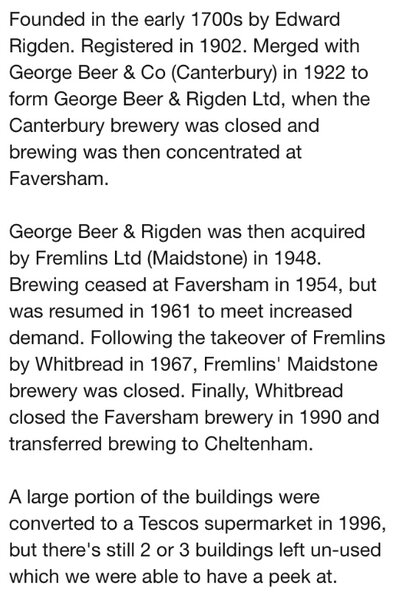 Yesterday I made a stout, bottled a wet hop blonde ale, and then sat down with a glass of beer that I made 12 months ago and I really enjoyed it - it's one of my favourite home brews of mine of recent years. It's a strong bitter, around 1.050 OG. Lots of hops. Verdant yeast. It took a while to get into its stride but has been fantastic. I based it on another beer I made the year before that was also excellent. I think I have one bottle left. I must rebrew immediately! 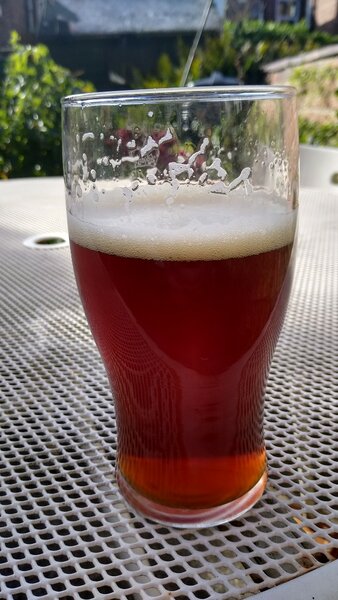