What did you brew today?

My BIAB split on the thermometer probe which resulted in me losing some wort while I tried to remove the bag without getting grains everywhere, also unable to squeeze the bag like I normally do meant I was well off target after topping up with water ready for the boil. 1.060 rather than 1.071

All going well I should end up with something in the 6.5% range, should have been nearer the 8% but nearly 7KG of grains is a nightmare to remove from my kettle without the bag getting caught on the probe, perhaps time to shorten the probe or get a separate vessel to sparge and boil.

On a positive note 1 packet of MJ M47 pitched at 21 degrees and bubbling away like crazy!

Today I brewed an Oatmeal Stout, my first ever stout, not straying too far from the GH recipe.

I used BIAB for the mash at 67C, hops were chucked straight in and not bagged and then I filtered on transfer to the FV.
I hit my target OG at 1.050, and transferred 20.5L to the FV (should have been 21L)

I did a gallon of Dunkleweizen, loosely based on a recipe I found online:

Pitched approx 4g CML Beoir yeast (all the recipes I've seen called for different hops and some form of weizen yeast but I didn't have any, might turn out really nice, it certainly smells great).

Bottled the GW Taylor's Landlord clone - think I need to source a lighter liquid malt extract than the Munton's before anyone mistakes it for the real thing. 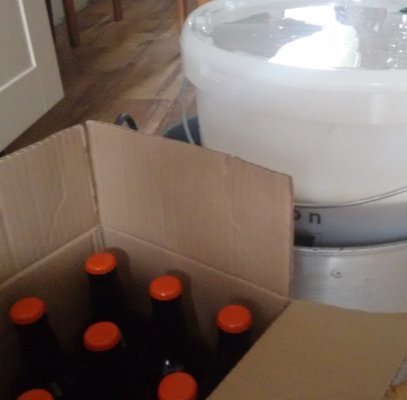 My first Mango Jack's - Craft Series Pils - into the fermenter. My first lager - taking advantage of a current lack of heating in the kitchen. Not sure about the double pouch technology, I quite like the entirely recyclable two tins in a cardboard box technology.

Just a Mango Jacks Cider "New Zealand Brewers series" box. Brewed to instructions. Seemed a bit dark in colour, and a very small addition of sweetener at the start but should pop out at 5ish%.
Not expecting miracles as it's quite a small and cheap kit at £13 for 40 pints but an easy kit to do.

Experimenting with a few MJ juicy session IPA's, first one I'm going to swap out the yeast for Verdants Ale yeast, then maybe on the next batch I may add extra hops depending on how the first one comes out also doing the raspberry Berliner wiesse for the wifey

So, first brew back today for about three years!!! Hoping it's like riding a bike.

Going for a Harvey's Best clone:

Granarian said:
So, first brew back today for about three years!!! Hoping it's like riding a bike.

Going for a Harvey's Best clone:

So, ended up with OG at about 1.042 so more or less bang on - re-beginner's luck! Length was a bit short at about 18L and the yeast went in at 19, but otherwise felt good. Also much quicker to clean up in the new shed next to the compost heap!!

Let's see what happens in a couple of weeks time....will it be drinkable???

What's the FIVE yeast like Chesh? I used loads of their pale but got fed up of the poor floc.

Clint said:
What's the FIVE yeast like Chesh? I used loads of their pale but got fed up of the poor floc.
Click to expand...

first time I’ve used it so will let you know

Edit: Was the first time I’ve used the CML BEoIR Yeast and the airlock was chugging away 6 hours after pitching. 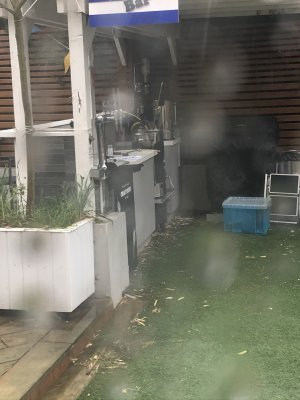 This Verdant yeast is lively 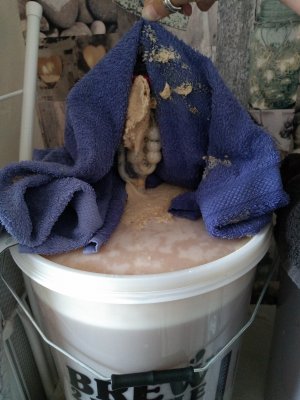 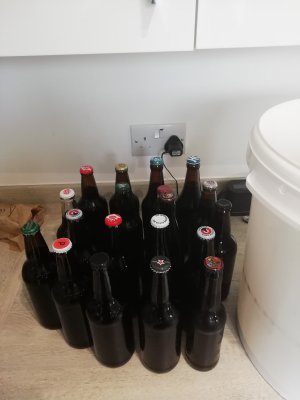 A single malt (pilsner malt, but with sugar), single hop (Eastwell Goldings) tripel, to be fermented with St.-Bernardus yeast. Should be good for 28 bottles.