What kit beer are you drinking tonight?

damienair said:
Both are really good. The Coopers Hefe Wheat kit was really good when it was first ready. It was cloudy like a Hefe Wheat beer should be and also had a subtle background taste of gloves and banana. I drank the batch pretty quickly, but left about 5 bottles. After 6 months the flavors had died off a little and the beer had cleared. But it was still lovely.
The Mangrove Jacks Bavarian Wheat beer is lovely too. I don’t get cloves or banana but it is definitely a wheat beer and also worth doing. You will not be disappointed with either of them. Try one of them, perhaps go for the Coopers Hefe Wheat kit first. Make sure to make it with Wheat DME. I used 1Kg of Wheat DME and 200g of brewing sugar. I primed them both with 180g of brewing sugar before bottling.
Click to expand...

Thanks that's most helpful. The minor typo made me laugh as I know you meant "cloves"!

micklupulo said:
Thanks that's most helpful. The minor typo made me laugh as I know you meant "cloves"!
Click to expand...

Ha Ha, yeah, no one wants a subtle taste of gloves in their wheat beers.

Youngs American IPA, but I’m sure I’m about to run dry.

St peters honey porter. Been aging 3.5 months and contrary to the normal wisdom is getting worse as time goes on ! Originally the honey aroma was overpowering. It is now not as overpowering but there is literally no other taste. The remainder might be going down the sink.

jayk34 said:
St peters honey porter. Been aging 3.5 months and contrary to the normal wisdom is getting worse as time goes on ! Originally the honey aroma was overpowering. It is now not as overpowering but there is literally no other taste. The remainder might be going down the sink.
Click to expand...

On the other hand the st peters cream stout was very good. Really enjoyed it.

I’m having just the one. Usually don’t have a midweek tipple. I’m enjoying a Festival Oaked Apple Cider. Lovely, tempted to have another, but at 7.5% I’m glad that there are no more in the fridge.

damienair said:
I've done 2 wheat beers so far, a Coopers Hefe Wheat Kit and a Mangrove Jacks Bavarian Wheat beer. Both were very active for the first few days of fermentation and the Krausen came up through the Airlock. Next time I do a wheat beer I'll make up a blow off tube. Both are lovely beers by the way. Enjoy your Wheat beer.
Click to expand...

Well after a week the Wilkos Wheat beer had settled down , I’ll give it another week then it’s bottling time for the bank holiday.

Garmostripel said:
Well after a week the Wilkos Wheat beer had settled down , I’ll give it another week then it’s bottling time for the bank holiday.
Click to expand...

I’ll be bottling my Irish Red Ale too this weekend. Adding the Hops tomorrow. Will probably bottle it on Monday.

I tried my geordie mild that was brewed short to 12.5 litres again yesterday. The first time I tried it the overwhelming flavour was of oatmeal, I thought it needed a bit longer in the bottle. After another week and a half (ish) its delicious and malty, low abv and packed with flavour. Very pleasant. 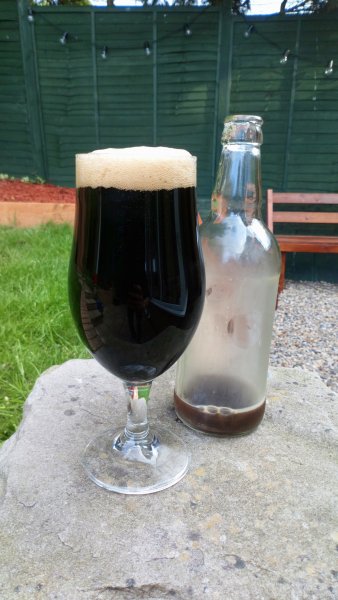 Opened a mini keg of Admirals Reserve. Might be a little over carbonated... Very drinkable though 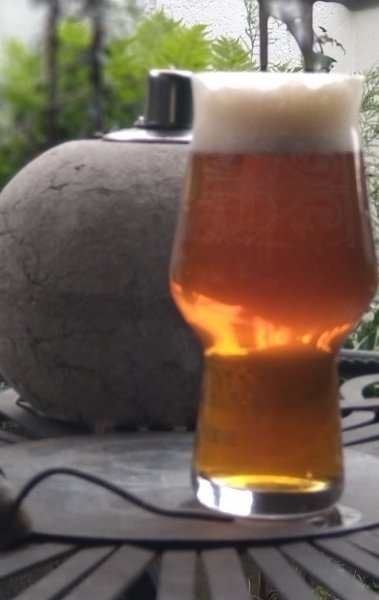 Hi all, just sampling an Admirals reserve from a couple of years ago..better now than when I made and I was very happy then..cheers all 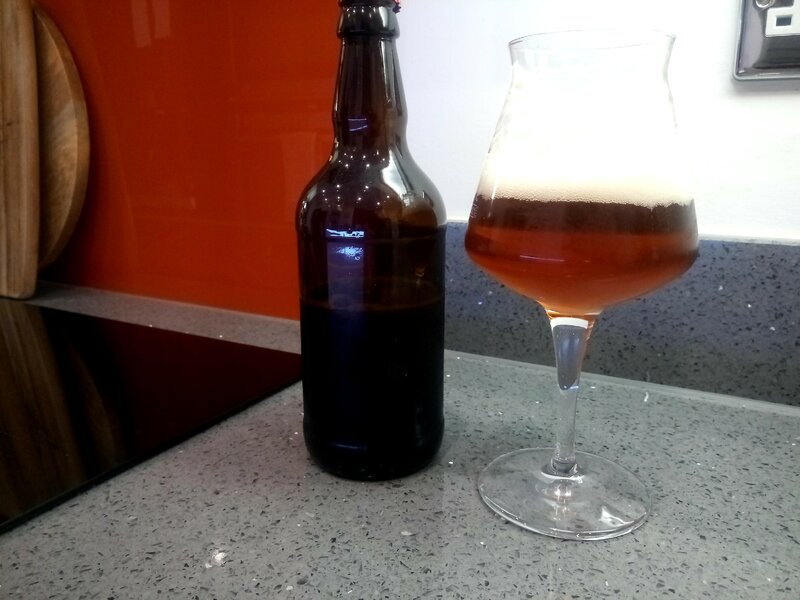 A couple of weeks ago I ordered three part grain kits from dark rock, an old peculiar, shipyard ipa and a hazy daze have got the first two brewing as I Wright this, ready for Xmas but had a look at the contents of the hazy daze and was amazed how many hops came with the is kit so I weighed them and found that there is 282 grams of hops in total , never known a kit ever have so many hops before, can’t wait to get this on real soon

Festival's new American IPA. This one is definitely growing on me. 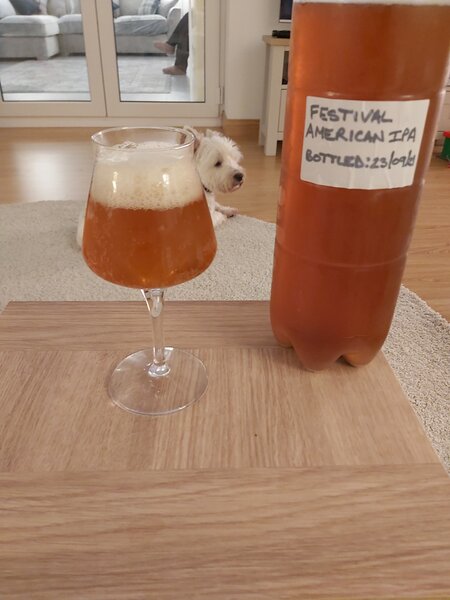 Just having a test bottle of Cooper's Mexican Cerveza. Only been in the bottle ten days but has a decent fizz and tastes pretty good, though nothing to get too excited about. Brewed with 500g Light DME and 500g table sugar. wold probably benefit from more DME if I do it again. 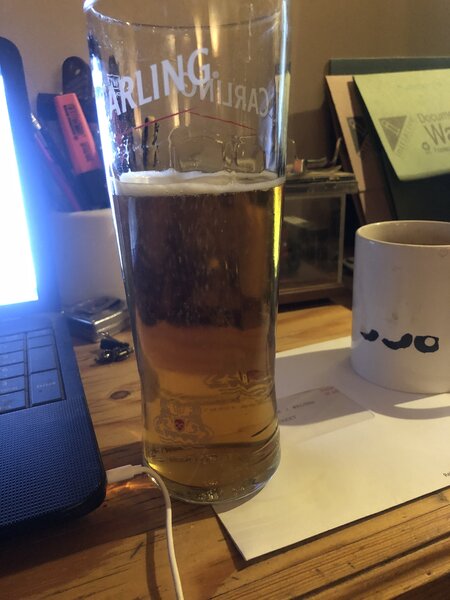 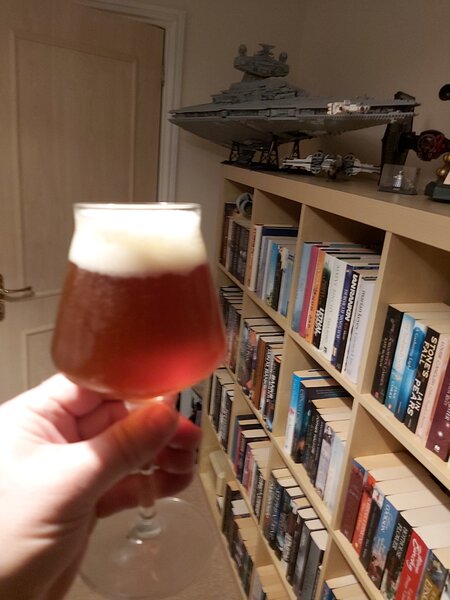 Had a MJ APA early this afternoon. Now settling into a festival Suffolk strong ale as a post roast dinner drink.