I felt like I knew what I was doing a bit more this time. Everything went nice and smoothly, doughed in at around 66C with HLT water at 71C. Heated the sparge water almost to boiling before stirring in for batch sparge because I didn't think it was quite warm enough last time. Sparge temp was around 72C.

Boiled for an hour, remembered protofloc and got a decent cold break. Waited for 40 minutes with cooler, stirring for first 20, but got bored of waiting and put into FV and pitched yeast at around 25C, felt like pitching at 35C didn't have any ill effects for my last one, besides kicking off the yeast quicker.

My yeast was a lot more sluggish this time, White Labs WLP002, was a few months old when it was sent from HBS. I started a 1/2 l yeast starter on Tuesday, and topped it up with an extra 1/2 l of wort on Weds. It came out like paste and didn't seem as nice as the Wyeast I used last time. Anyway, it took about a day to actually wake up and start fermenting the wort, it was still V cloudy on Friday morning when I put into the fridge to cold crash. I ended up with a decent amount of it, but very glad I started it as soon as I did. I've seem things on the internet which suggest 24 hours to wake up the yeast is great, but this packet I think benefited from the extra few days. The starter beer smelt a little vinegary when I poured it out. Apparently nothing to worry about though given past forum posts.

Got 23l of wort at around 1056 OG, so seems like be fairly good effiecieny. Wort is at around 22 C now and bubbling slowly, about 3.5 hours after pitching. I'm going to keg this one I think. 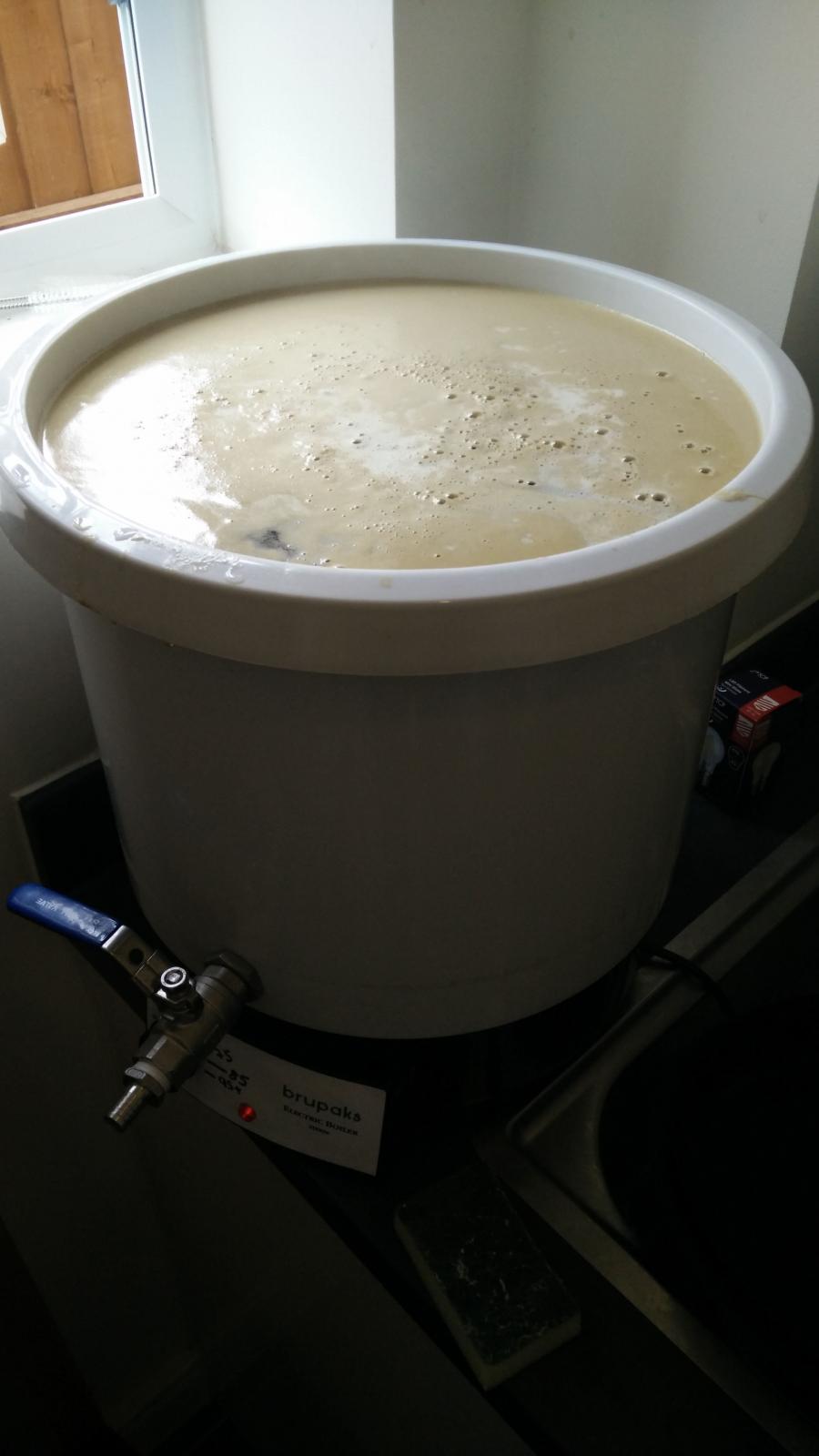 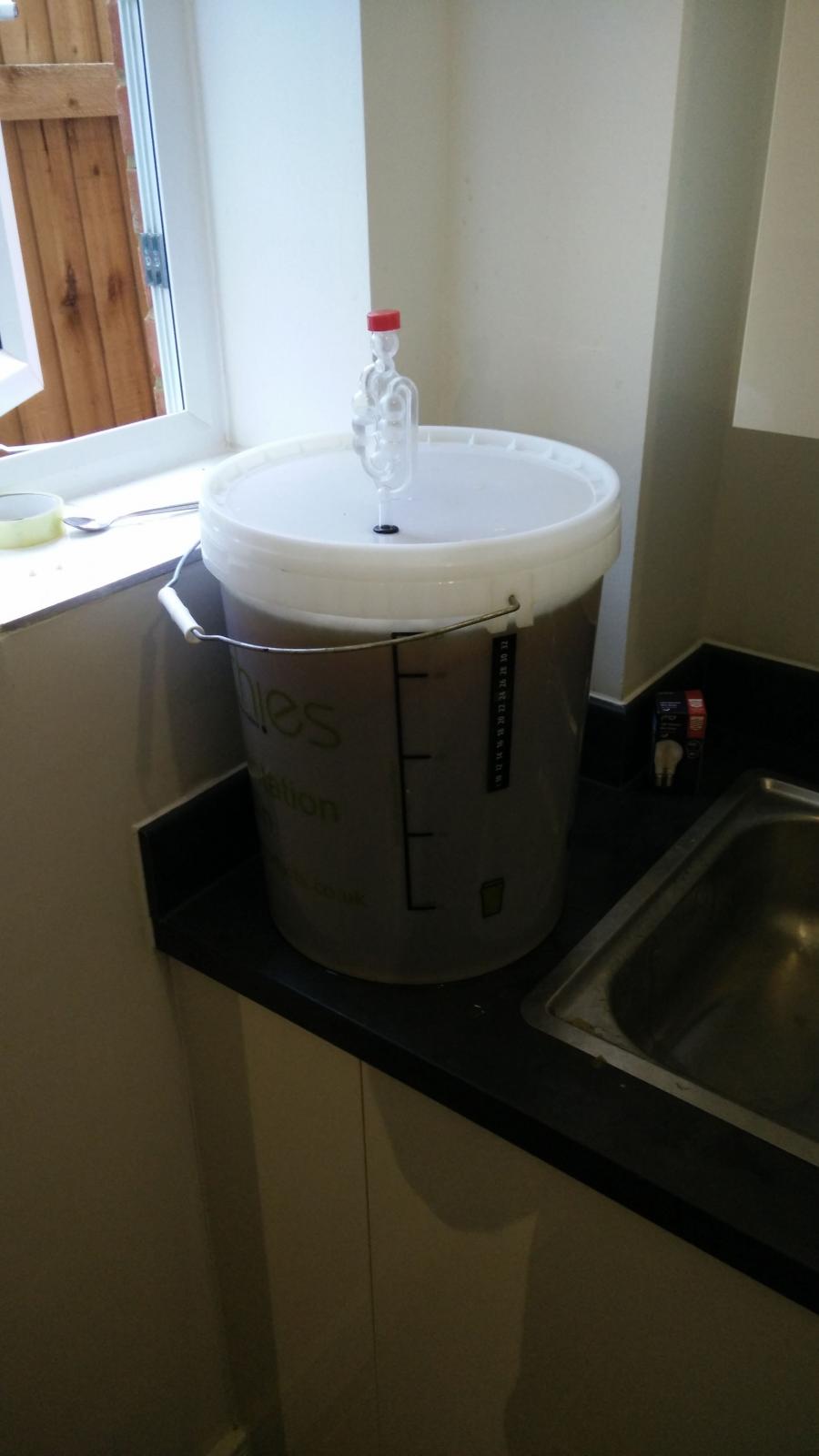 Let us know how this one turns out, it's on my to-do list. :thumb:

B
My 1st ever “All Grain” Brew Day