Haven't brewed for what seems ages. Well, apart from the Geterbrewed extract kit I won but I'm not counting that as it's just stirring and not exactly brewing. (By the way it's come out quite nice - it's an American Pale Ale - but a bit lacking in that AG maltiness that I've grown used to)

So at the moment I've got the mash going at 150F with another hour or so to go. The recipe comes from a guy on Youtube called Lakeybloke Brewery who is quite entertaining to watch at times. Slightly modified as i failed to get any Rye Caramalt so I'm using ordinary caramalt instead. His recipe calls for dry hopping as well but I'm missing that out as it looks hoppy enough without it and coincidently I haven't got enough Citra to dry hop as well as end of boil hop. It'll be fine I expect. Beer flavoured, even if not as close to Ghost Ship.

I have completely no comment on the reciepe. But I love the name - I works on every level :clap::-D

This by the way is the aforementioned `Lakeybloke' bloke:
https://youtu.be/0PcVGYf_6ZY

And while I'm waiting for the mash here's a drop of the Geterbrewed. Actually it's not as hazy as the picture shows, and was in fact crystal clear until I got a bit of yeast in while trying to get the most out of the bottle: 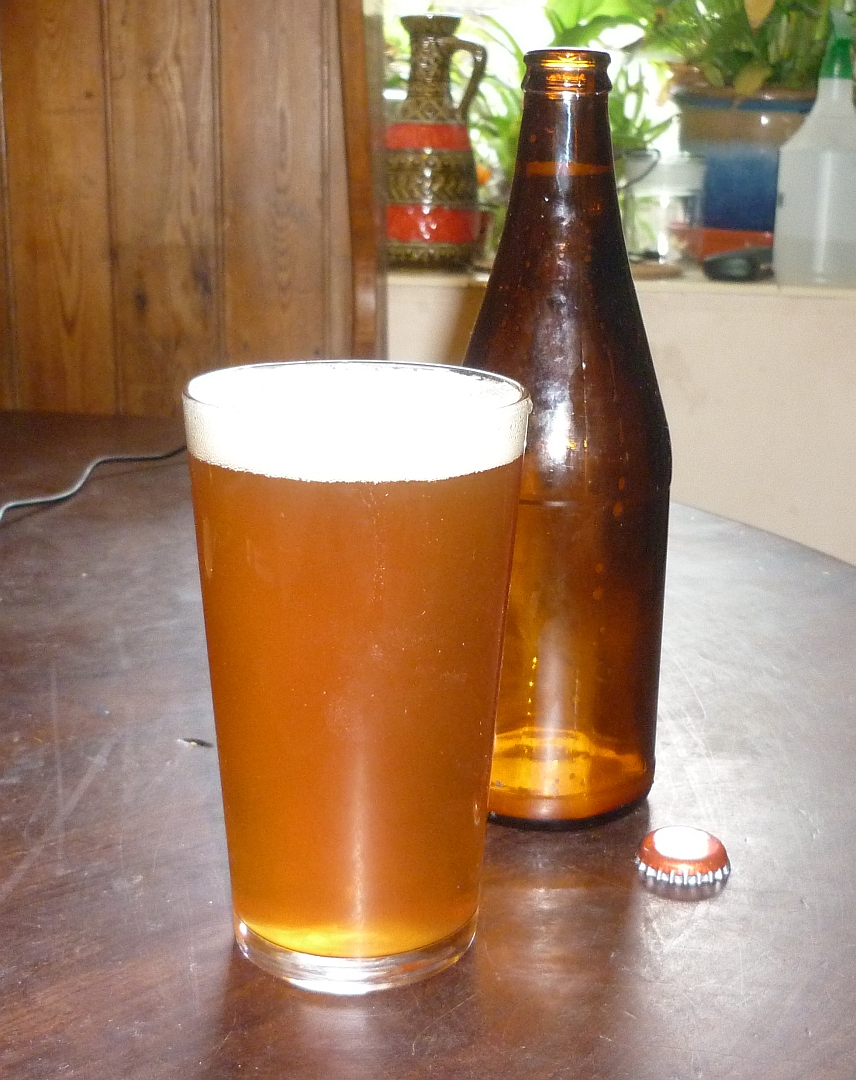 And now the bag has been drained, squoze, dunk sparged, and is now merrily boiling away with the chinook hops in it. 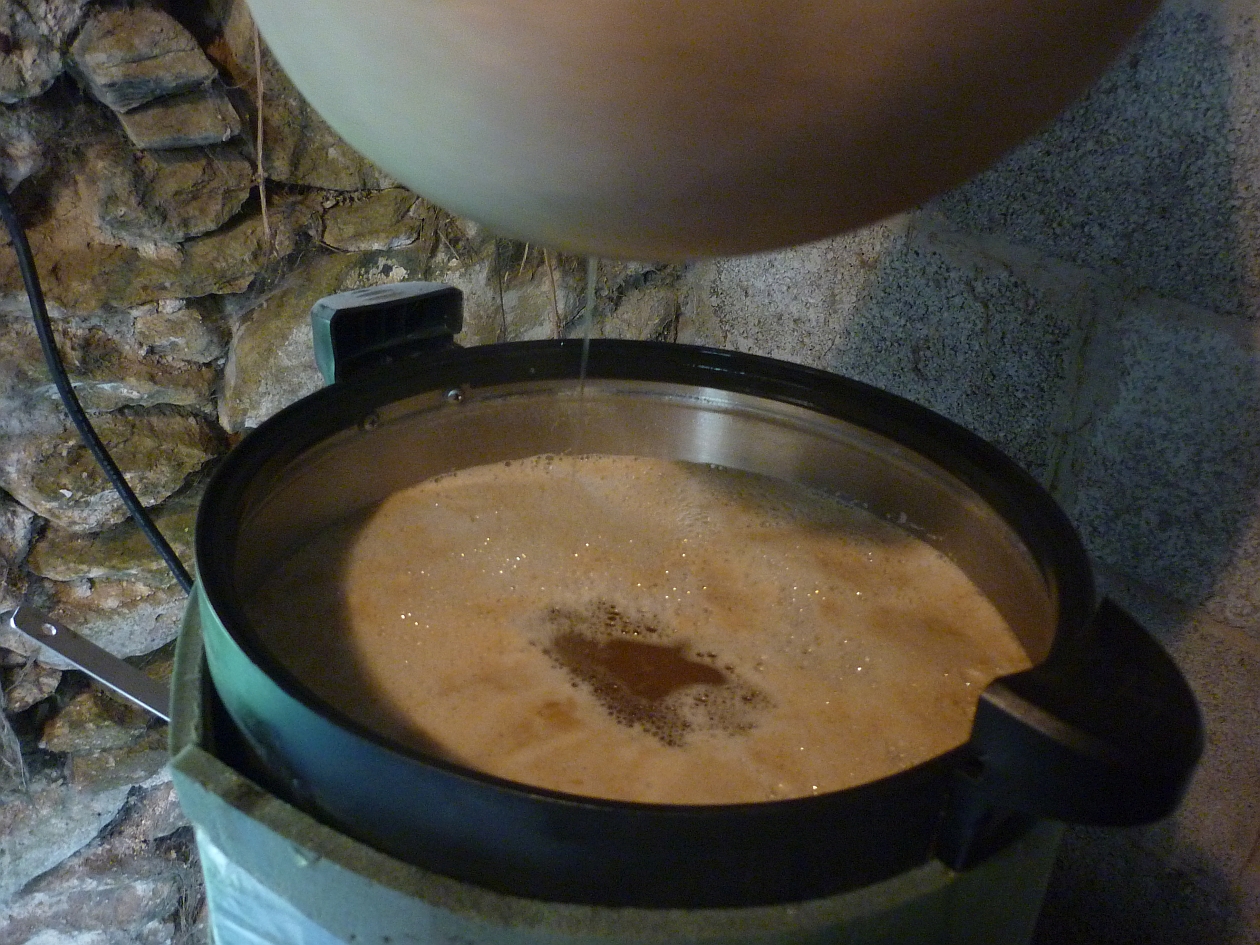 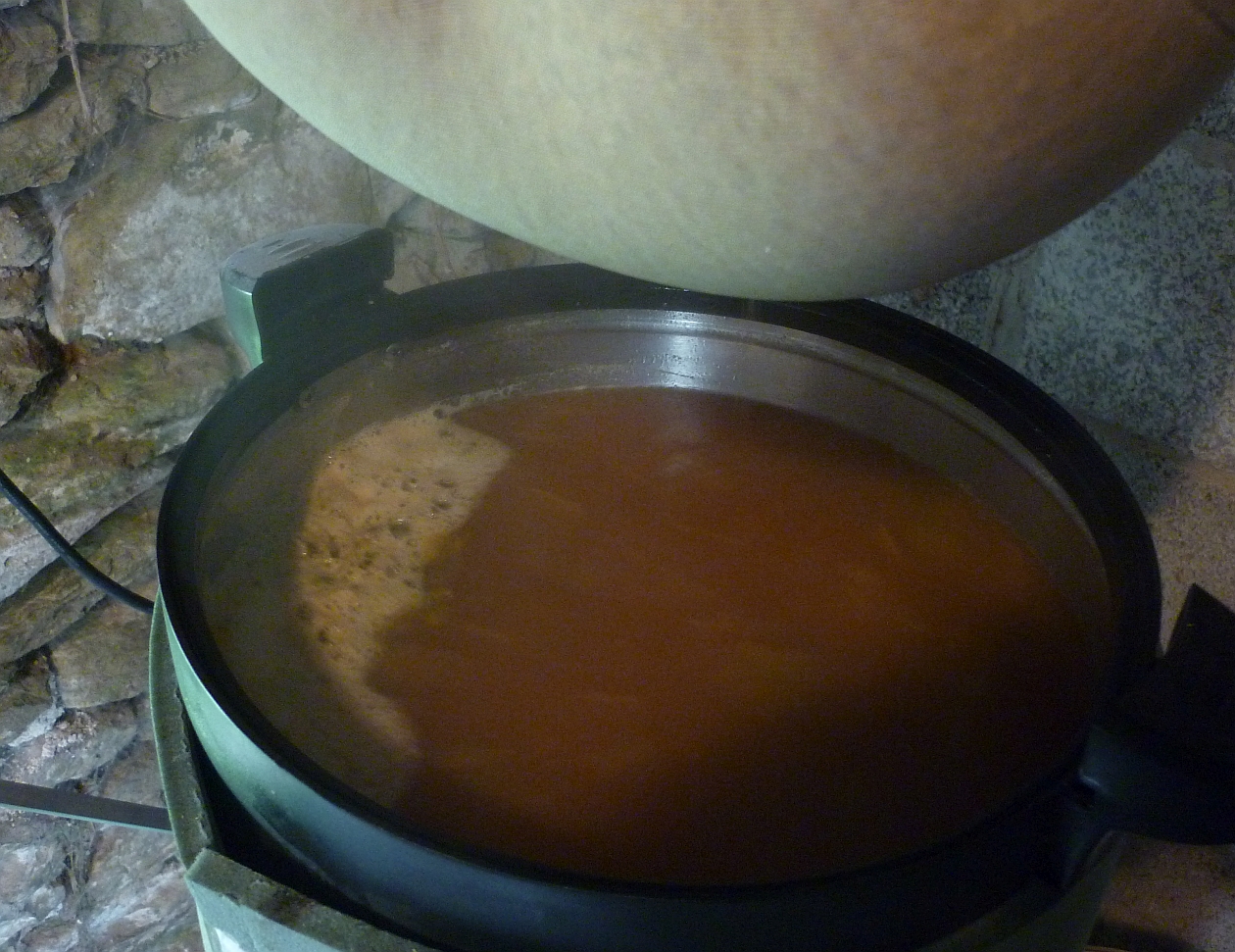 It has the right hops and will be a great beer, how close to ghost ship no idea. I like ghost ship but never thought it tasted like it had rye in it.

I've only tried ghost ship once and it was one of the better ones I've had from Tescos. Such a small amount of rye caramalt I'd be surprised it really matters. The guy reckoned his recipe turned out very close in flavour but a little darker but as long as it tastes good (and why wouldn't it?) I'm not that bothered - actually unless I bought another bottle and compared the 2 together I wouldn't know how close it was. Normally I make brown ales, light on hops, heavy on flavour, so it'll be a contrast! :lol:
Anyway, brewday finished. I'll be letting it cool naturally and adding the yeast at bedtime. Only thing that went wrong was there were so many hops/trub in the boiler it didn't want to drain through the tap. Much scraping of the filter and then the cat jumped up and knocked the FV lid onto the floor so i had to re-sterilise it.
H

Should be a great beer, my own 'Ghost Shippish' brew was a bit different (your name is much better by the way!) but came out really nice, must get round to brewing another batch...

Got myself organised enough last night to hydrate the yeast before I pitched it - I usually can't be a***d. Sad to say the beer has a lovely thick krausen on it this morning rather than the feeble beginnings of fermentation I usually get so soon. So it really is worth the bother.
You must log in or register to reply here.
Share:
Facebook Twitter Reddit Pinterest Tumblr WhatsApp Email Link