Magic! Is that a full swag? In fact,what is a swag?

Clint said:
Magic! Is that a full swag? In fact,what is a swag?
Click to expand... 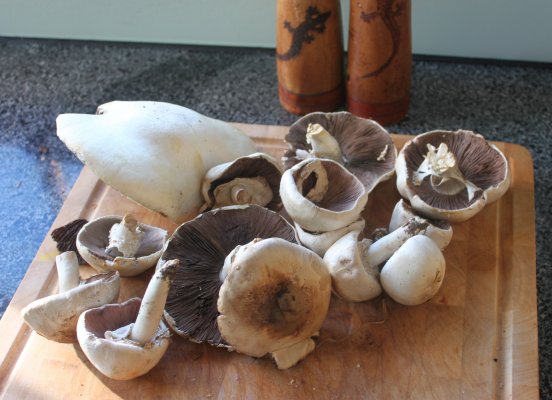 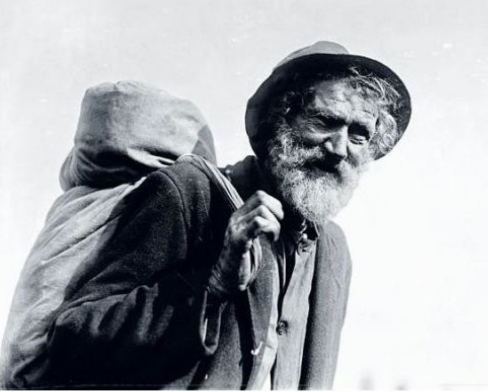 Don't know if he is jolly, maybe quite pleased. Maybe he has got some mushrooms in his shiralee

That man is Joseph Jenkins from Tregaron who emigrated to Oz. His former farm is next to me. Read his diaries, a real good read. 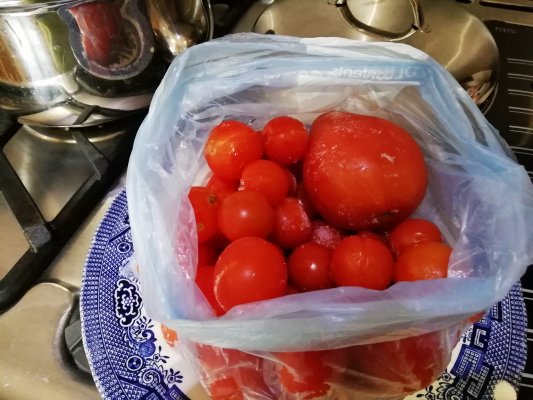 found a couple of bags of frozen tomatos from last year in my other freezer ... Bolognese it is!
H

Aye if the shops do run out of veg, we have enough pickled cucumber to see us through till next harvest.

I got loads of pickled stuff, chutneys,frozen veg and fruit.

Thinking on...regarding SWAG...I worked with a gentleman once who regarded most things SWAG...ie if it wasn't nailed down he'd borrow it without asking...

You better get some barbed wire round you poly-tunnel Clint when the panic buyers realise there are new restrictions in place they'll be raiding allotments/gardens next.

Chippy_Tea said:
You better get some barbed wire round you poly-tunnel Clint when the panic buyers realise there are new restrictions in place they'll be raiding allotments/gardens next.
Click to expand...

Scrumping! So they do that over there. I have two Butternuts left on the vine and they are in the front garden. First thing I do is check they are still there.
D

Sorry it's of topic but does anyone know why the site might not be letting me log in to read messages?

You are showing as a guest in this thread Divrack

Divrack99 said:
Sorry it's of topic but does anyone know why the site might not be letting me log in to read messages?

I'm supposed to be sending hops but I can't get people's addresses to do so
Click to expand...

Have a look at this thread - Forum software updating today.

Clint said:
Thinking on...regarding SWAG...I worked with a gentleman once who regarded most things SWAG...ie if it wasn't nailed down he'd borrow it without asking...
Click to expand...

Bit like the Scouse Docker nicknamed "Diesel". He got his nickname because he went round the ships saying "Diesel do." as he stuck things in his back pocket!

Sorry but now an OFF TOPIC trip down Memory Lane!e

I was once dipping a tank in a refinery and saw a mate walk past a man welding close to a nearby tank. As he went past, John picked up the man's chipping hammer and carried on walking.

By the time the welder had finished the stick and reached for his hammer, John was out of sight round the curvature of the tank and I witnessed one of the funniest pantomimes ever, as the welder looked for his chipping hammer.

Having established that no-one was even close to him, the welder stood up and started to search underneath the box he was sitting on; before lifting it up and even patting himself down to make sure that he hadn't put it in one of his overall pockets. He then searched his tool-bag without result and I cried with laughter when he finally sat down and started to make "chipping" motions with his right hand, as if to prove to himself that he had once had a hammer!

Later that evening, I asked my mate John (a Boilermaker who didn't get along with welders) what he had done with the hammer and got the reply "Put it back in his tool-bag later that afternoon of course." and I nearly choked on my beer!

So this is definitely the last of the tomatoes, apart from those I have left on the vine to ripen in the hydroponic tunnel. Pulled out all the in ground toms from my other tunnel. 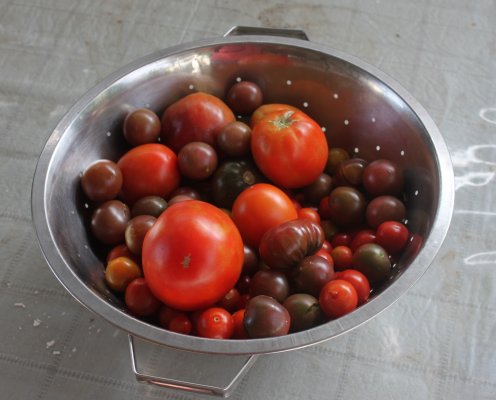 Tonight roast chook, so beans carrots corn an pumpkin out of the garden only other thing I will be putting with the roast some kestrel spuds from the supermarket. (an ESB on the side) 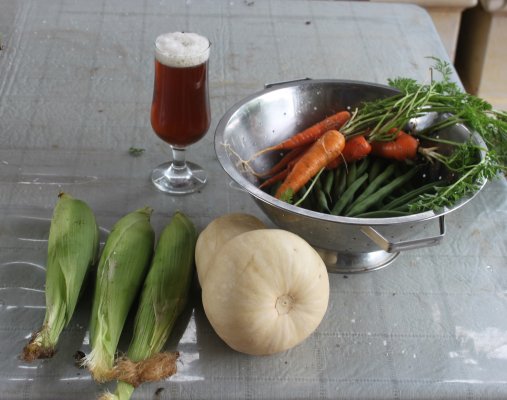 Finally a few days without rain and a chance to get my own polytunnel up. Took 3 days of backbreaking digging in solid clay to get the ground anchors in but now it’s on to the fun bit, bolting it all together. Hoops are up, today it’s the rest of the frame. 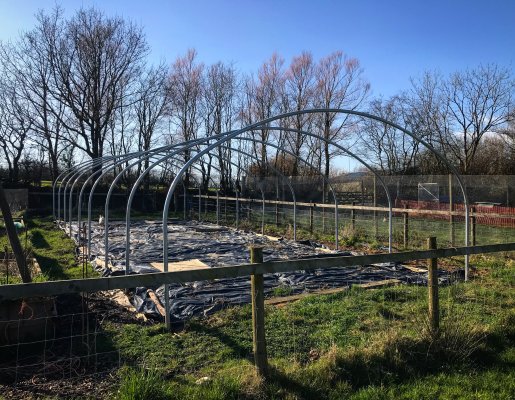 Looks ace! Where did you get it? What rails etc are you using? I built mine on my own...hard going,any info give us a shout. You will need a hand stretching the cover on....do it on a warm day if you can,it will stretch easier then pull tighter as it cools to make it like a drum and more wind resistant. First Tunnels have some good videos on their web site concerning building. Exciting stuff!
S

It's from First Tunnels and yes, their videos have been very helpful. Yesterday was hard work, doing it on your own takes much longer as you have to work out ways to hold and support everything. Still, the frame is now complete so I'm working on the doors and frame and will hopefully get the posts on one end concreted in. Luckily I had some bags of postcrete lying around, otherwise that would have been awkward as our builders merchants shut yesterday. I'm hoping to get to the point of putting the cover on at the weekend before the weather cools down again. Be great to have some covered space to work in, the rain has been relentless down here for the past 6 months. 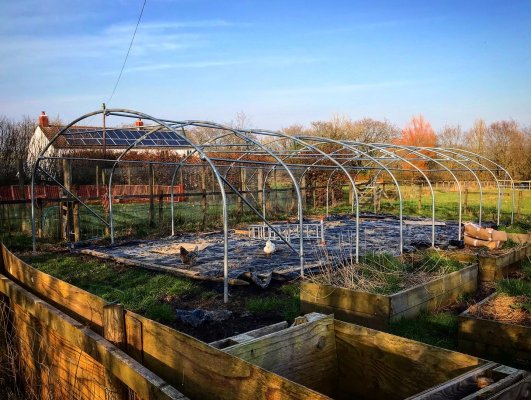